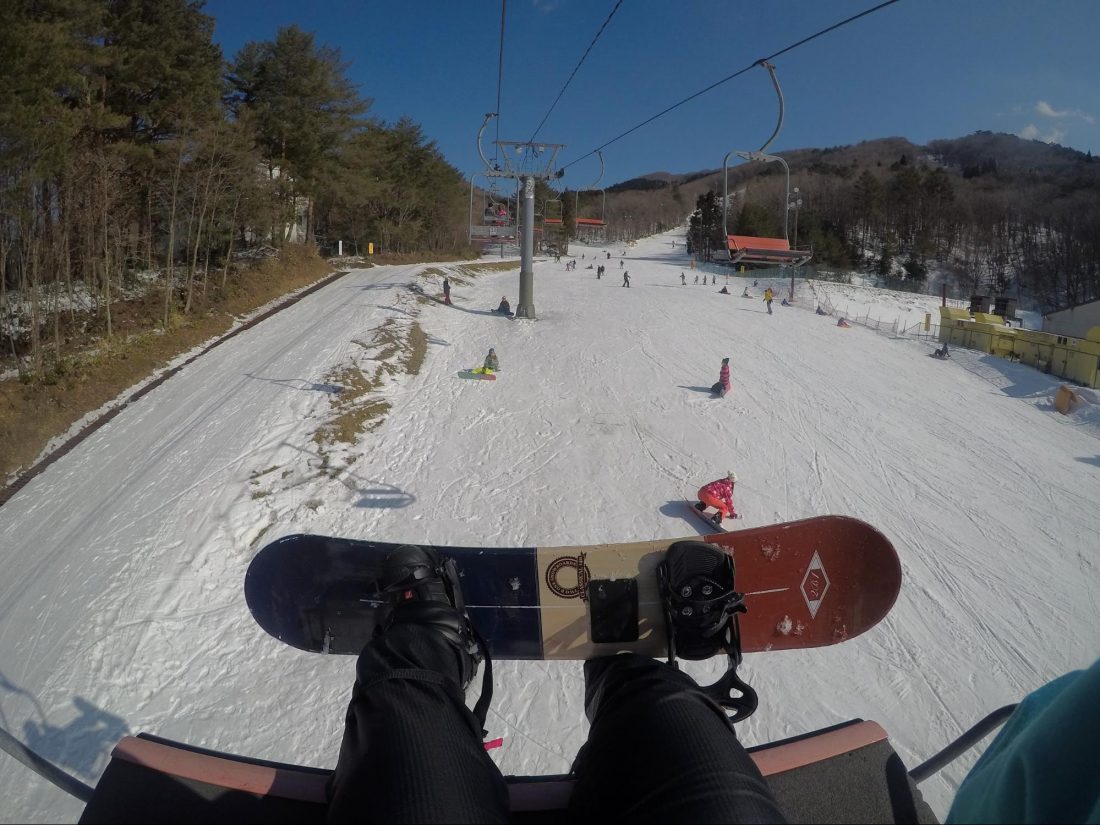 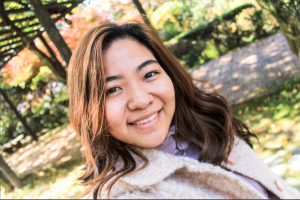 When one thinks of Hiroshima, the images that come into mind are mostly related to the Hiroshima Peace Museum, the Atomic Bomb Dome, or their famous Hiroshima Okonomiyaki. When one thinks of a winter vacation in Japan, Hokkaido might be the one that comes to mind being the northernmost part of the country and probably the whitest of all in winter. For people like me who grew up in the tropics, winter is a mystery. Typically, I imagine the White Christmas I see in the movies when I think of winter. However, spending my first full winter season experience in Hiroshima made me see the wonders of seeing the mountains covered in snow. Though I’m an outdoor enthusiast, I never really thought about winter outdoor sports as something I’d be interested in. So when I went snowboarding, I was surprised to appreciate it more than surfing the summer waves back in the Philippines.

I was in Geihoku, Hiroshima, with my mom in the last week of January when a family friend invited us to snowboard in Utopia Saioto. This is my second visit to the area, though I had never really seen it during the peak winter season. The last time I was here, giant snow machines covered one full course with ice, and all I can say is it wasn’t much of anything compared to the snowfall weather we have this year. This second time made that first experience obsolete.

Utopia Saioto is in the northern part of Hiroshima in the Yamagata district. They open at 8 in the morning and close at 5 or 6 in the evening. They sometimes have an overnight time for those who want to go snowboarding or skiing at night with much fewer people down the courses. 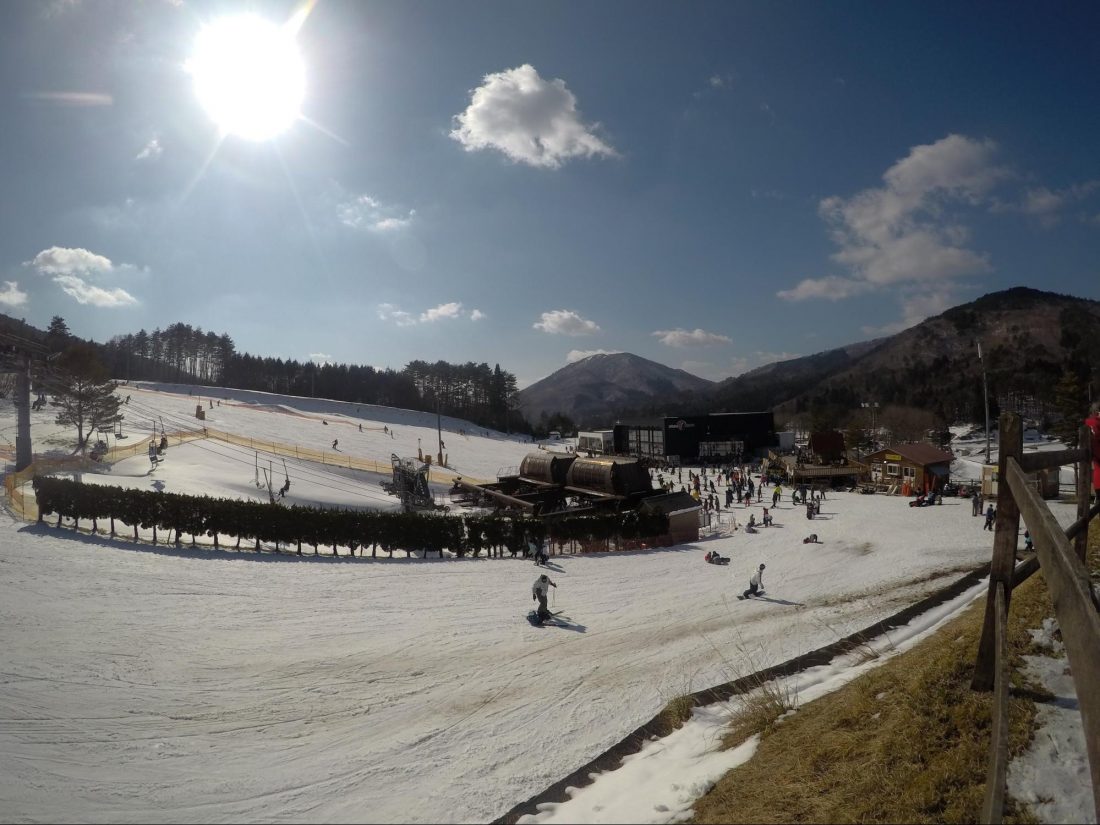 There are many facilities in the area. First, of course, is the Rental House where you start and get ready with your gears. They have a locker for shoes, and behind it is where they have their winter sports attire for rent. There are a couple of choices for the design. Some jackets have colorful patterns, and some have a more simple look. They’re pretty vibrant and colorful, which is great to have as a contrast to all the white snow. My only complaint, though, would be the smell of the attires. Although I know for sure that they wash or freshen these clothes (because I actually forgot my GoPro in one of the pockets and had to come back for it, and the jacket was already in their washroom or something), they did not smell anything like the fresh sunlight. They smelled more of stock water, but eventually, you don’t notice it anymore when you’re out there playing in the snow. I can also say that they have enough jackets and gaiters for renting because there were many people there that day, and I still got a pretty nice outfit that fitted me nicely. 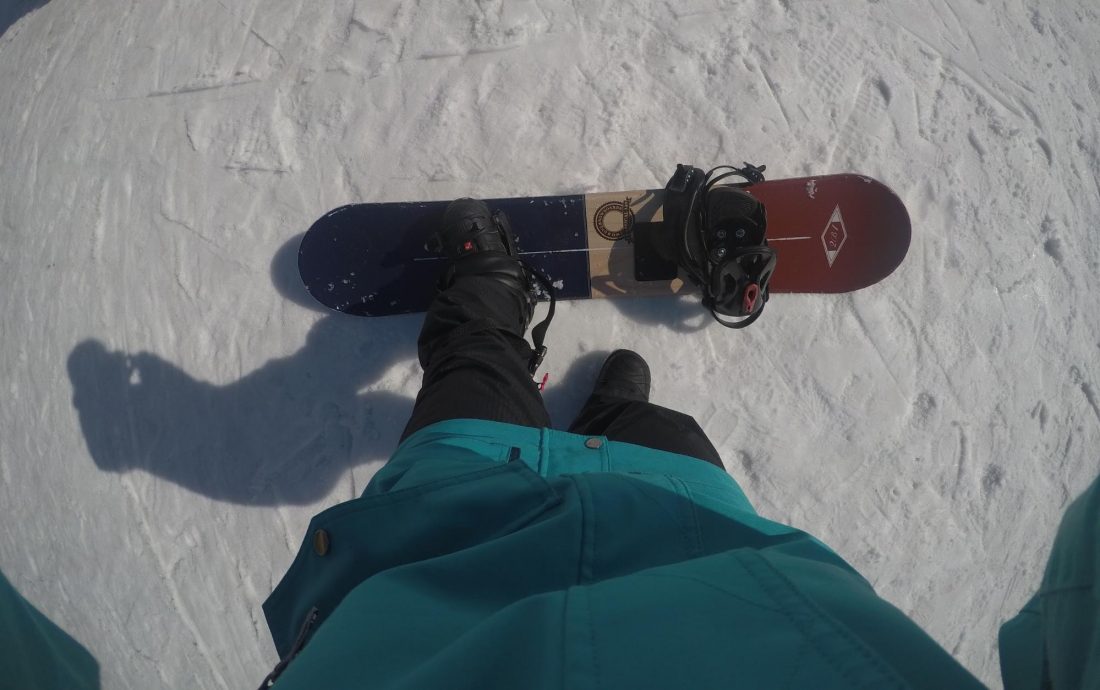 You can rent ski and snowboarding jackets, gaiters, and equipment for a price. I believe they are of a fair price, although I haven’t much experience with winter sporting equipment, so I’ll leave it up to your judgment. A complete set of either ski or snowboard equipment cost ¥3,000, and the clothes cost ¥2,000. The lifts are also priced either per ride (¥500), per four (¥3,500) or seven hours (¥4,300), or per day (¥4,800). Of course, prices are lower for children and for those who bring their own equipment. 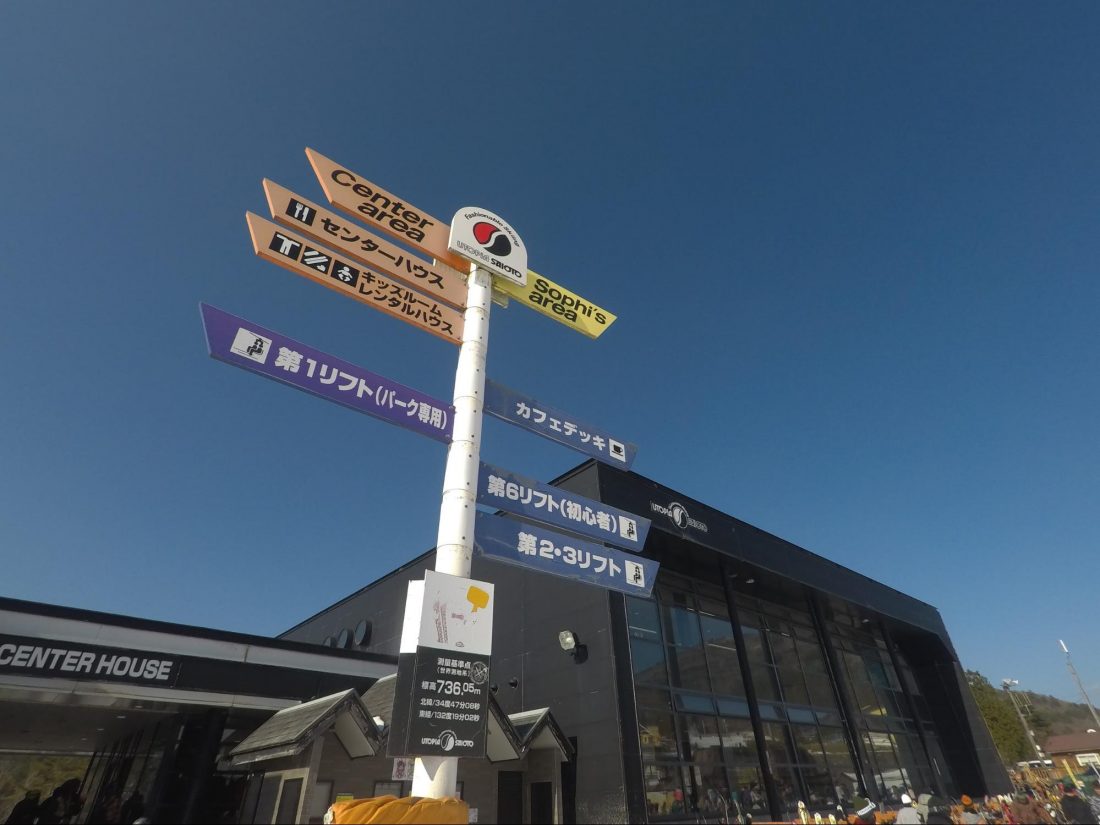 Then they have the Center House, where the restaurant is located. They have the usual curry and udon on the menu, and on the second floor is a resting area with a great view of the ski and snowboard courses. My mom being an extreme indoor person, spent her day here sleeping. Then, at the park base near the lifts is a Patrol cabin where medical staff is prepared to attend to any incidents and medical emergencies. In addition to this, they also have ski and snowboarding schools for those willing to learn of any age! 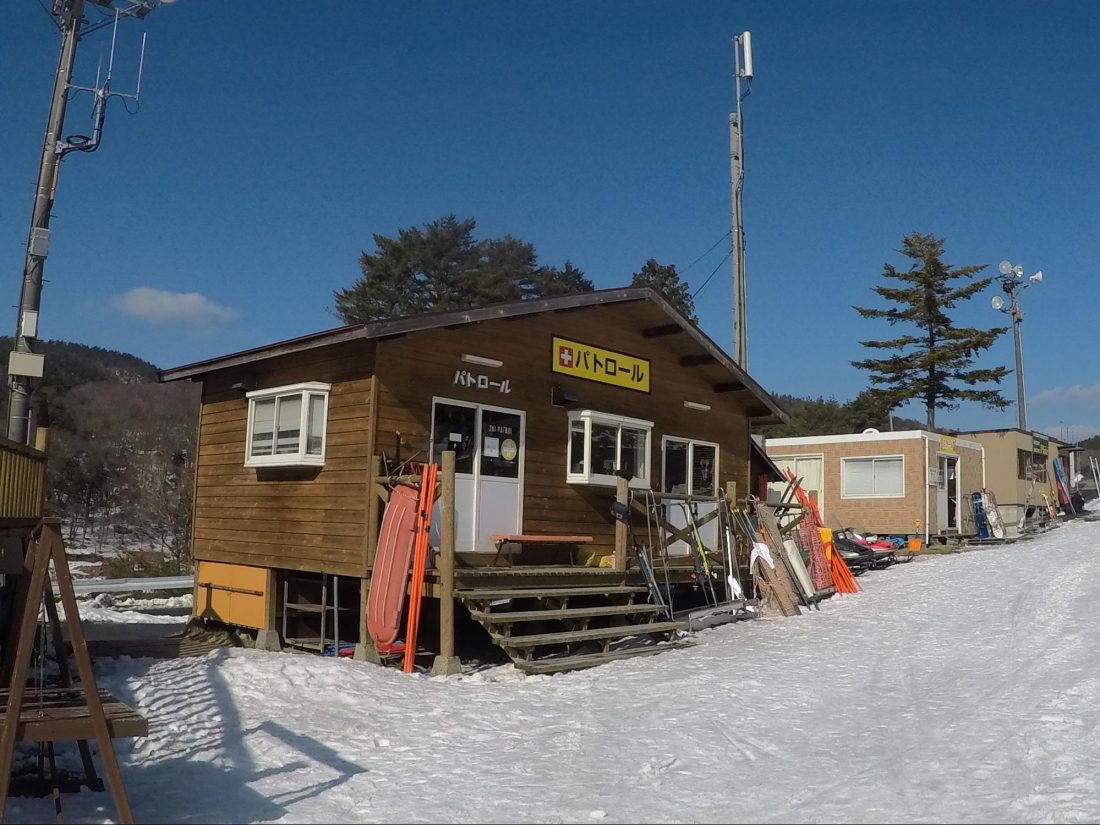 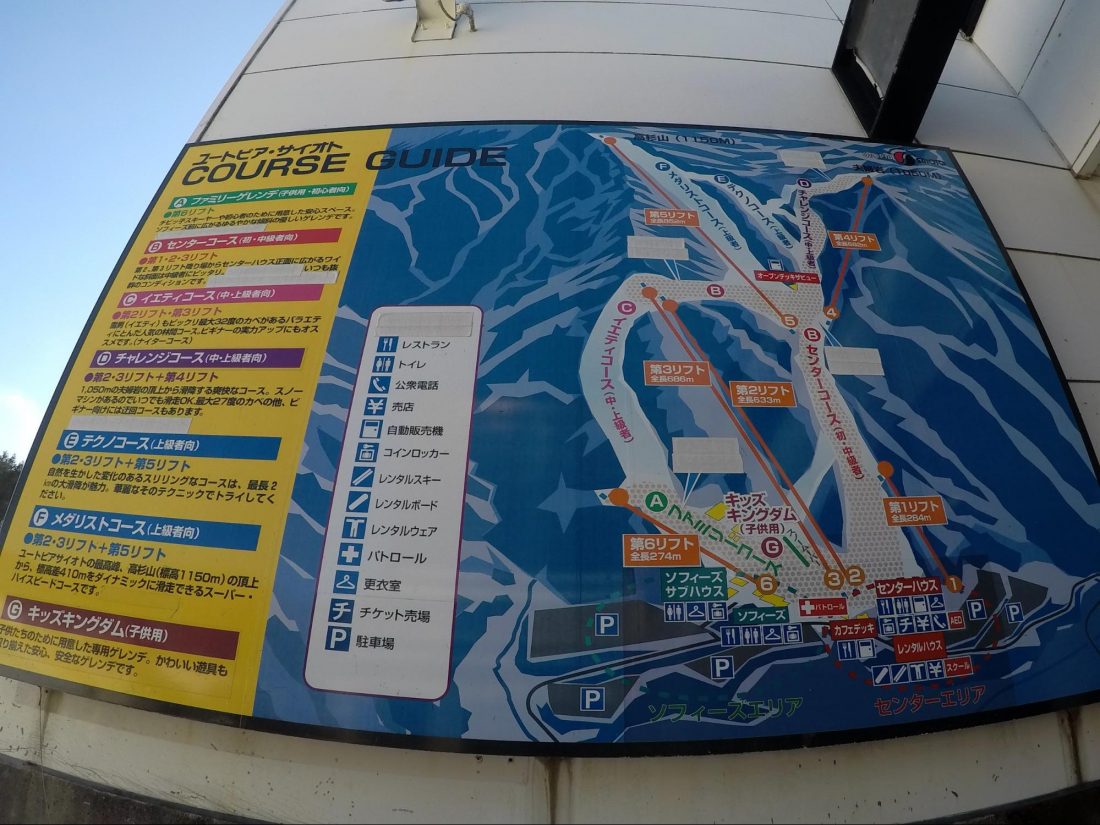 There are six courses in the area, but only four were open when we went snowboarding. You might ask “why snowboarding?” and this is because the friend I was with said that snowboarding is much easier to master after learning the basics. In contrast, skiing is easier to learn for beginners but a lot more challenging to master. I had my doubts while I was learning the basics. Before I learned how to stop, I’d force myself to fall on my ass just so I can avoid hitting someone. I also was so confused about how to control the direction where I’m heading, until my friend dragged me to the advanced course, the Yeti Course. 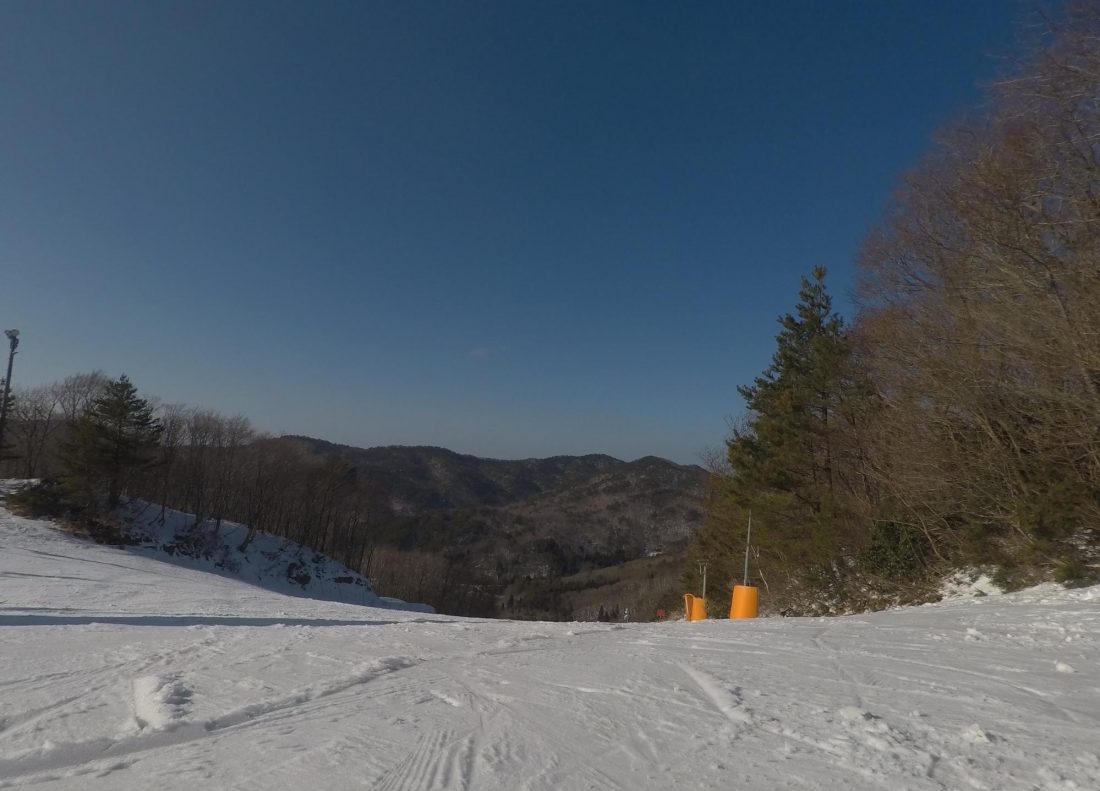 The Yeti Course has an average slope of 25 degrees and is about a 1000 meters long. This course is where I owe my mastery of the basics. Without fearing falling an edge, I would not have been able to force myself to master putting my snowboard to a halt, or at least slow down my descent because that slope can drag you downhill like 80 kilometers per hour (about 50 miles per hour). I couldn’t even see where the slope was heading until I was actually parallel to the slope and holding on to dear life, praying my knees not to give up on me. But it definitely was an extremely fulfilling achievement. Because of this course, I glided through all the courses feeling like a pro. Then I eventually learned how to change directions and halting to a stop. I still had many tumbles and falls, but they were half the fun because when you fly off, you fly off and land amusingly terrible. We tried all the courses available that day, and I had no regrets except for not having the confidence or the tools to take videos while actually snowboarding and drifting through the mountainside. 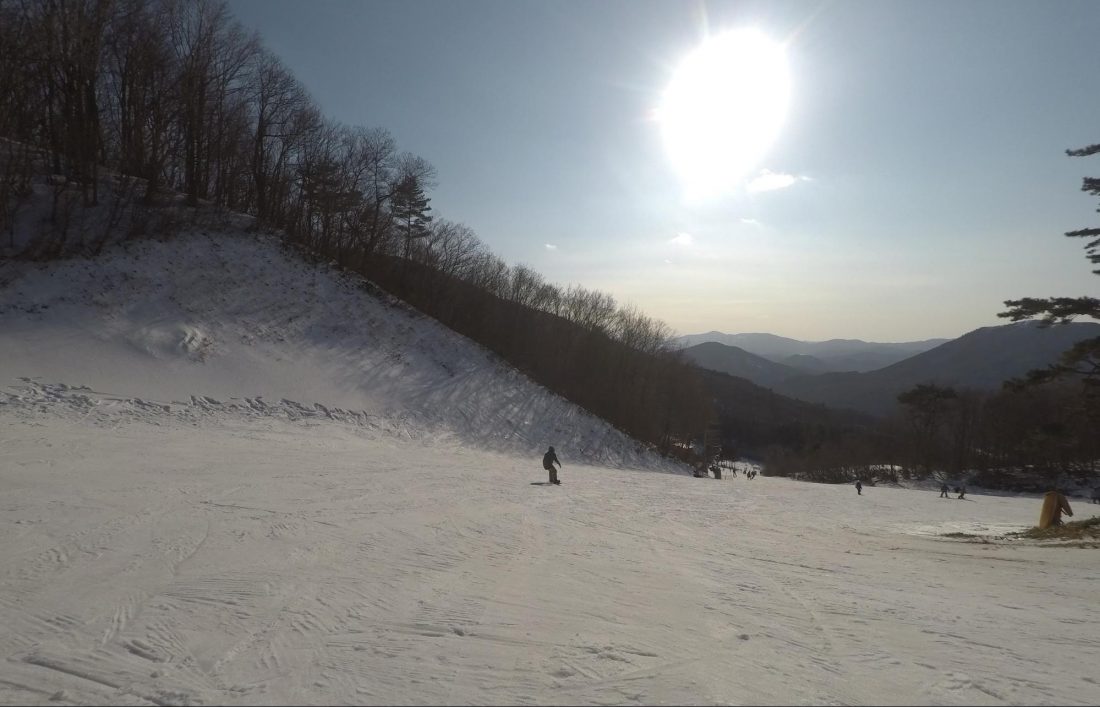 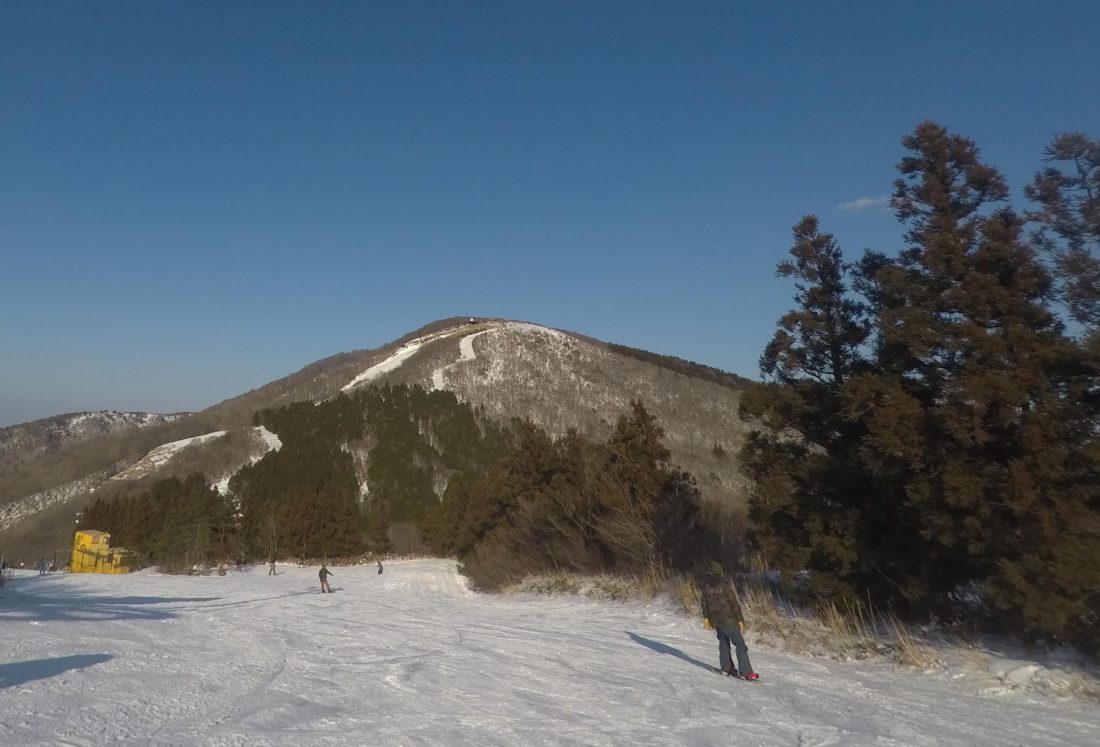 Despite the thrills of the sport, I should say that nothing beats the ride on the lifts up the mountains. The view is just exhilarating, and the smell of the winter breeze is just amazing. You’d think it’d be scary to ride the lifts, especially when you’re one full of invasive thoughts such as falling down hundreds of feet, but it’s actually not as scary because of the snow. It just gave a secure feeling of falling into powder. True or not is not something I’d dream of proving, however, but it is the thought that comes to mind riding the lift. 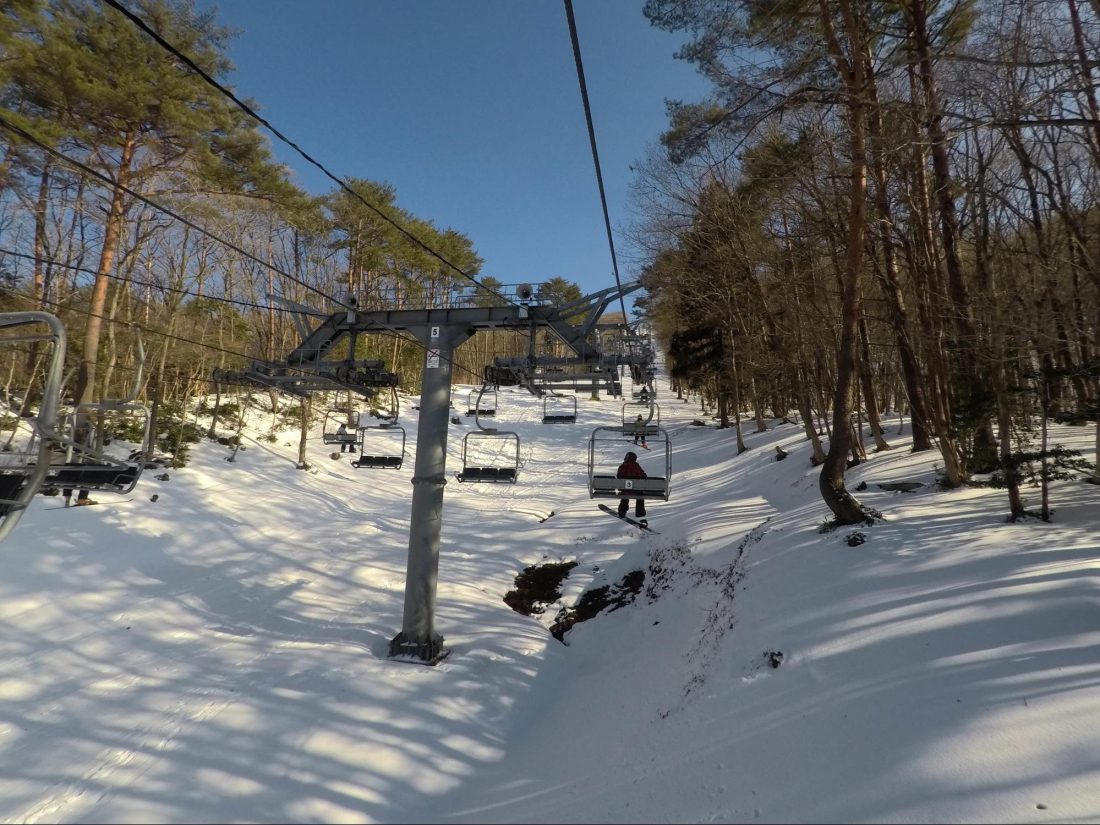 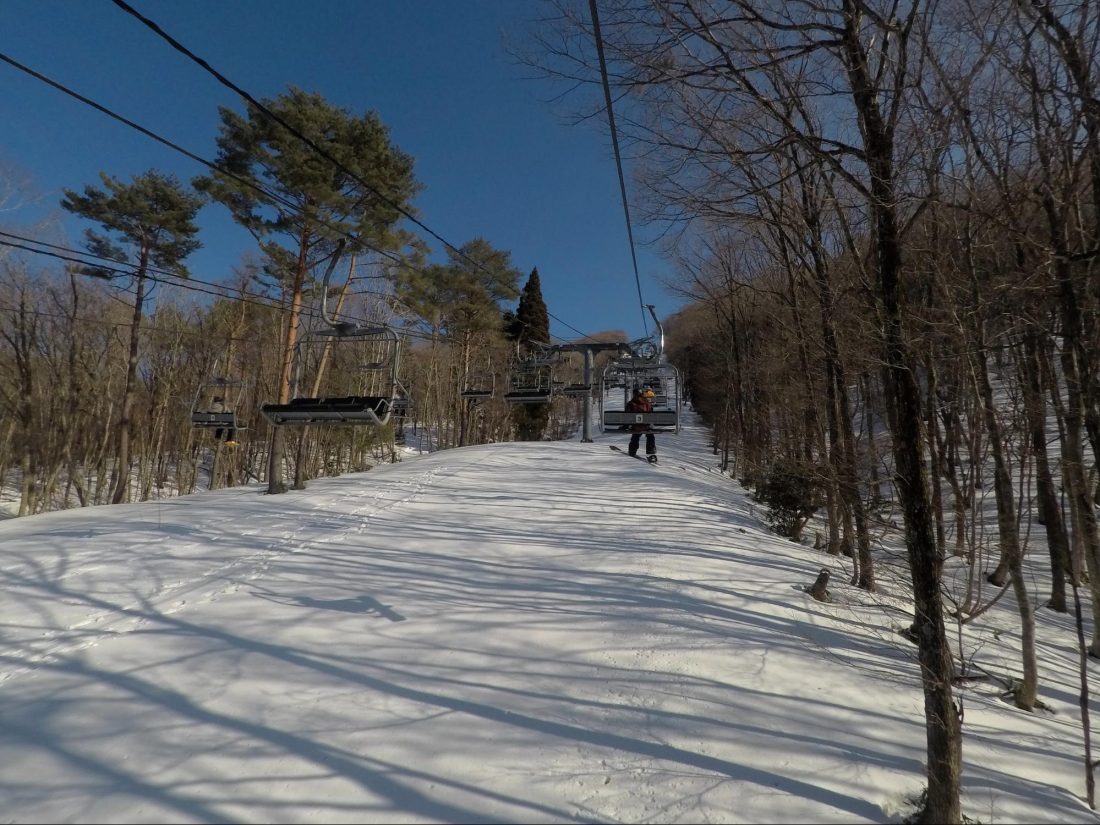 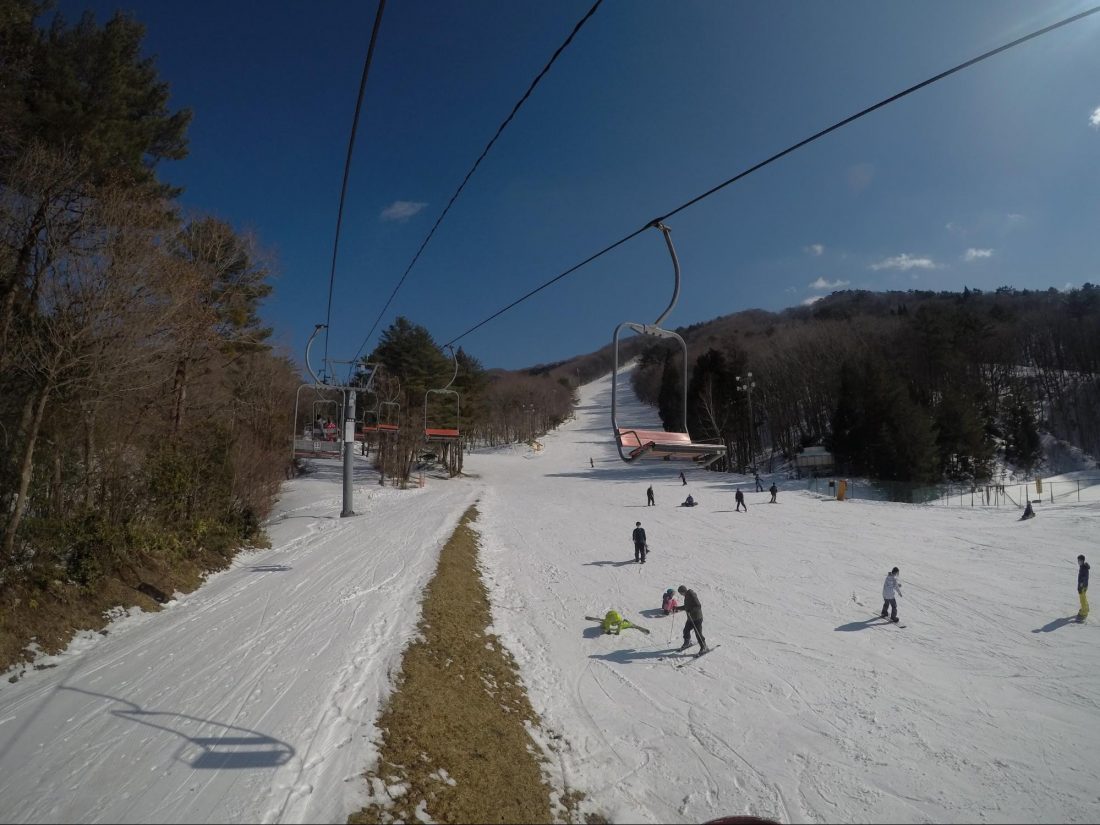 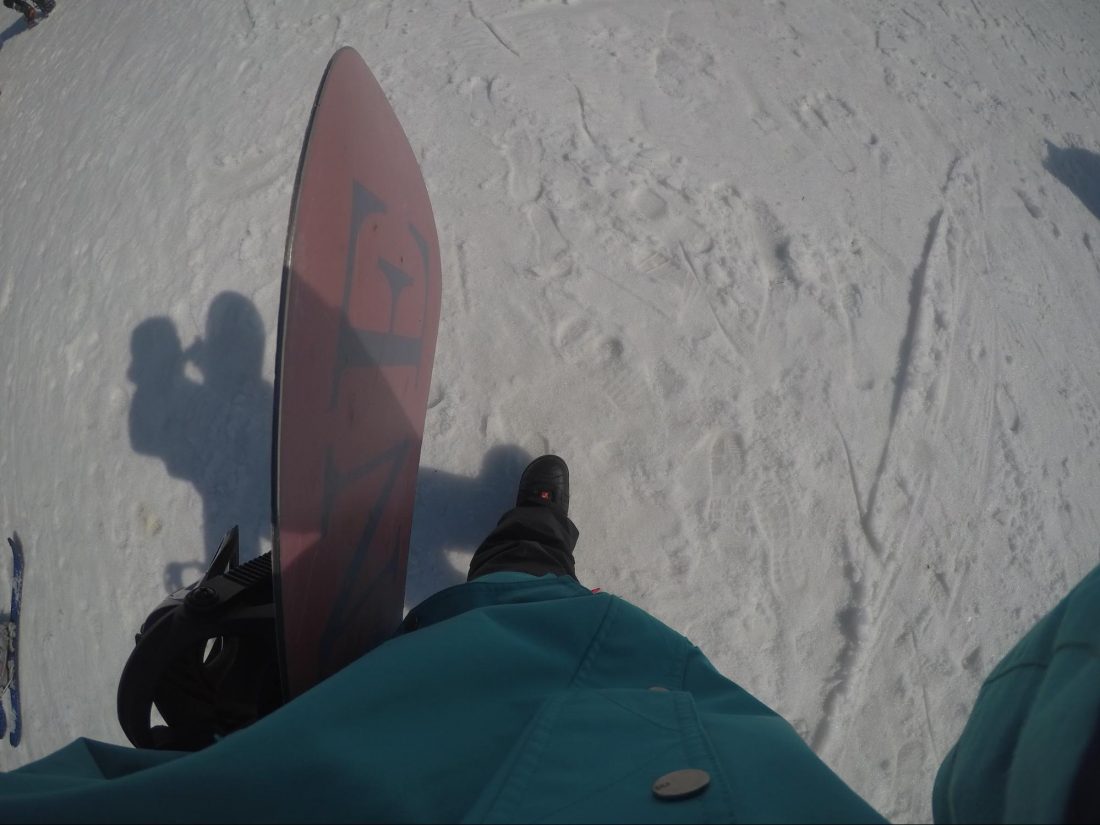 A few tips: bring extra clothes to change in after snowboarding or skiing or in any way you’ll be playing in the snow because even with the winter attire, snow can get in and make your clothes damp. I also suggest bringing a nice pair of gloves because it’s inevitable for your fingers to get freeze burns.

I should also mention that visiting this place would be much easier with a private car because there’s not a lot of commutes available unless you’re with a tour group that includes Saioto in their itinerary. This is because some routes available for commute are closed off during winter. In addition to that, the parking cost ¥1,000 for a day.

On my way out of the rental facility, I asked for a copy of their brochure, and there I saw that this ski resort transforms after the winter season and is open to all sorts of snowless sports and activities such as glamping, drifting, wild adventures to the mountains, barbequing, and many more. It’s a definite must to visit again when the snow melts and the flowers bloom.