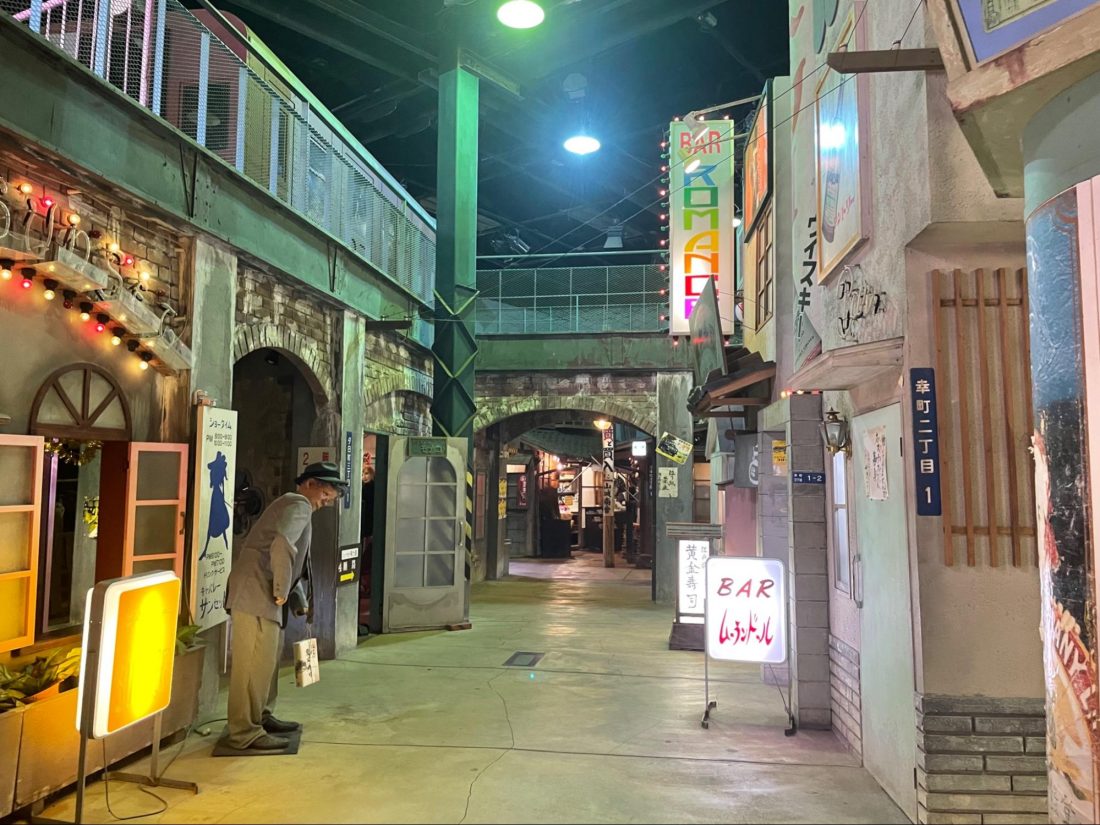 Miroku no Sato (みろくの里) in Fukuyama City, is the only theme park in Hiroshima prefecture, but in return, accommodates to the interests of people of all ages. They go by the motto 「キッズからシニアまで三世代で一緒に楽しめるテーマパーク」- a theme park enjoyable for all three generations because it has over 20 attractions but also a dinosaur park, a remake of the streets of Japan in the 1950s AND a giant swimming pool area (only open during the summer season). And I kid you not, whenever you go to Miroku no Sato, you see young couples on dates, families out on a fun weekend, as well as large friend groups enjoying their time on the huge roller coasters and at the pools. 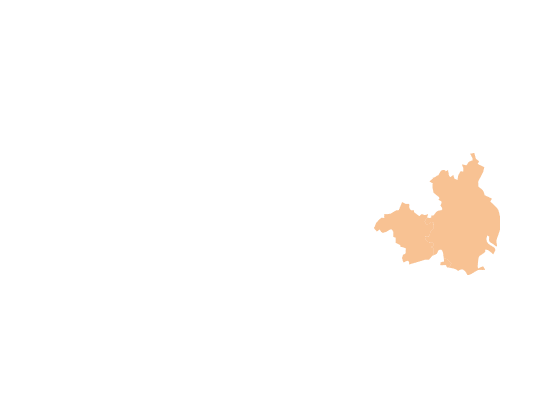 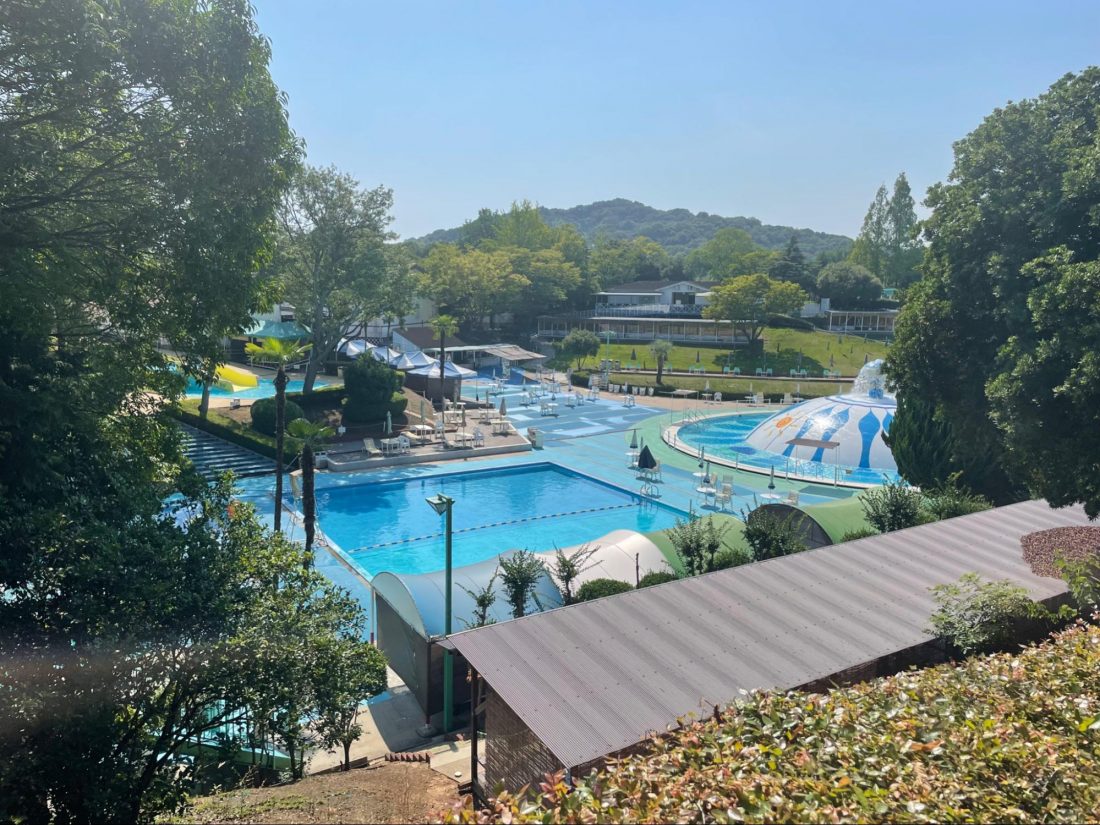 And not to forget, during the winter, they also hold beautiful illumination events – so it’s a fulfilling place to be at all year round.

So here are the some of the highlights of Miroku no Sato (みろくの里)  the only theme park in Hiroshima Prefecture. 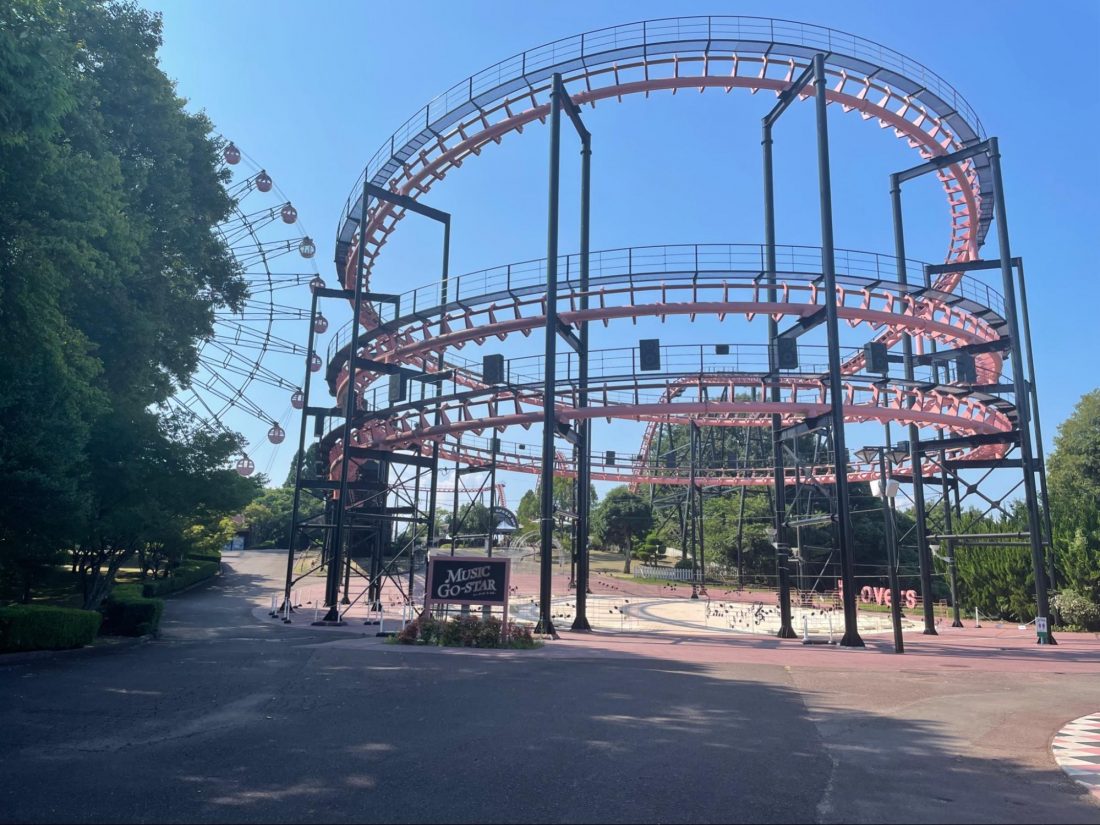 いつか来た道 (Iitsuka Kita Michi – roads we’ve passed before) is actually the main reason why I genuinely wanted to visit みろくの里 in the first place. I absolutely love museums that have remakes of cities from the past because it really makes you feel as if you’ve time warped back into history. There are quite a few sites like these in Japan – one of my personal favorites being the ラーメン博物館 in Yokohama. https://www.raumen.co.jp

I entered the いつか来た道 area by entering a post office where a nice cameraman took pictures of each group/visitor. (You can actually get these photos in print near the exit of the museum.) The place was packed with objects (original artefacts as well replicas) and it genuinely created the old atmosphere of 1950s Japan. 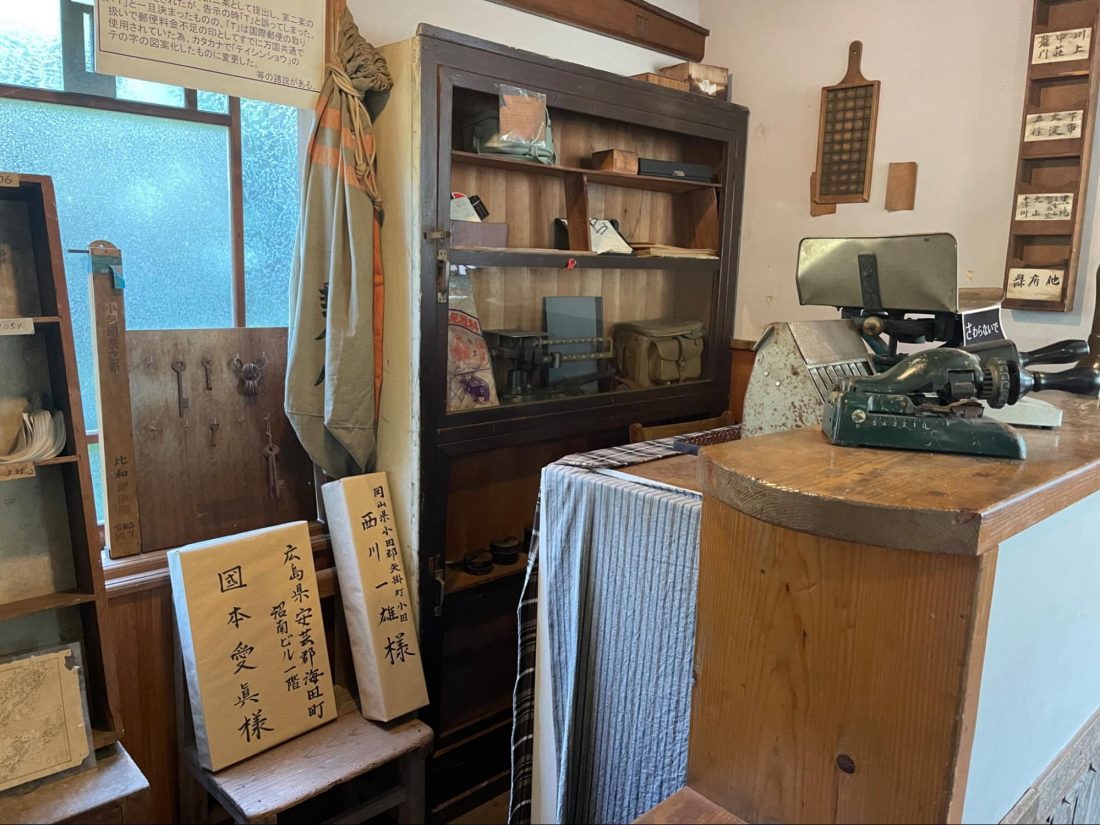 As I stepped in further, the scene then quickly changed into the inside of an old primary school. Here was where I met the first two mannequins of the headmaster sleeping and a young student drawing on his face. 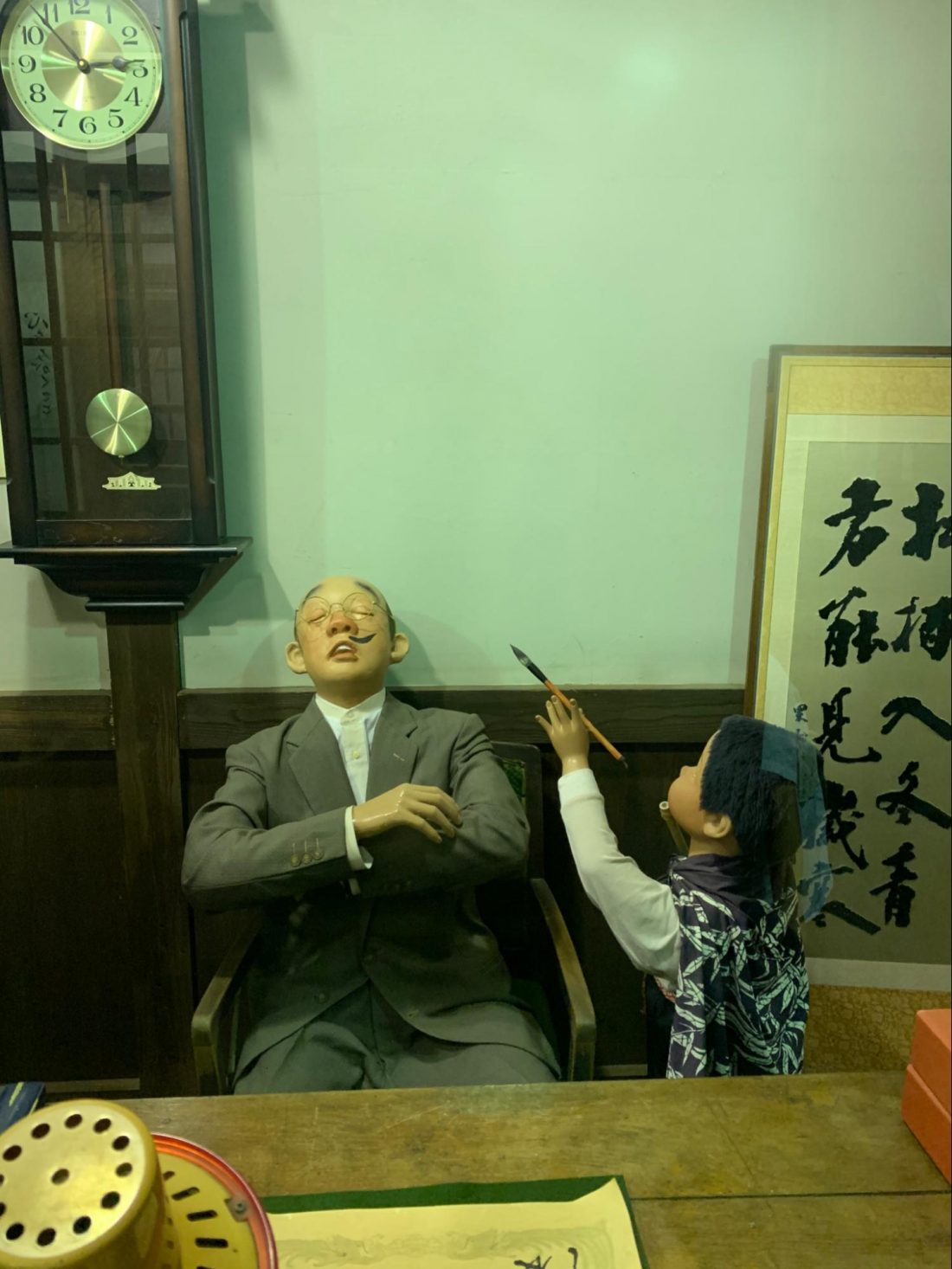 I actually really dislike but also like mannequins at the same time. When it come to remakes of old buildings, cities and so on, mannequins add a really eerie touch to the atmosphere because they just seem a little too real but not real enough. It’s sort of like the “Uncanny Valley Phenomenon” and in this case, they really seemed quite they added to the realistic 1950s atmosphere.

As I walked further, the area opened up to an “outside street” area (still indoors) where there were photo studios, bars, restaurants, police stations, snack shops and so on. My favorite mannequin of mine was this drunk man wandering outside of the bar.

There were quite a few things to explore: a back area where there was a terrace seating area of a high-end restaurant, as well as stairs leading to the second floor where there was a mock train station (I was able to see the entire area from above). My second favorite area had to be inside the bar where the minute I looked inside I was greeted by a creepy woman staring right back. I screamed a little too loudly the first time I saw her. 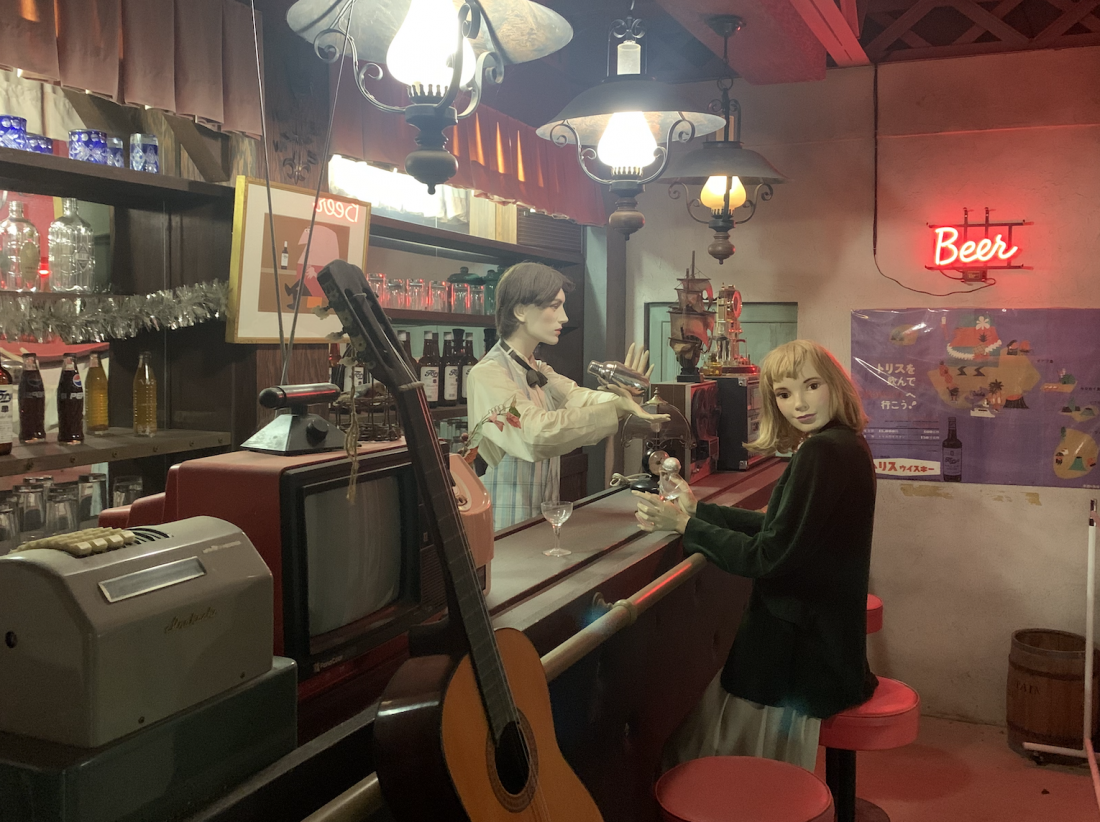 Once I was through the museum area, the road actually led outside where there were real shops and restaurants that were also decorated as if it was 1950s Japan. 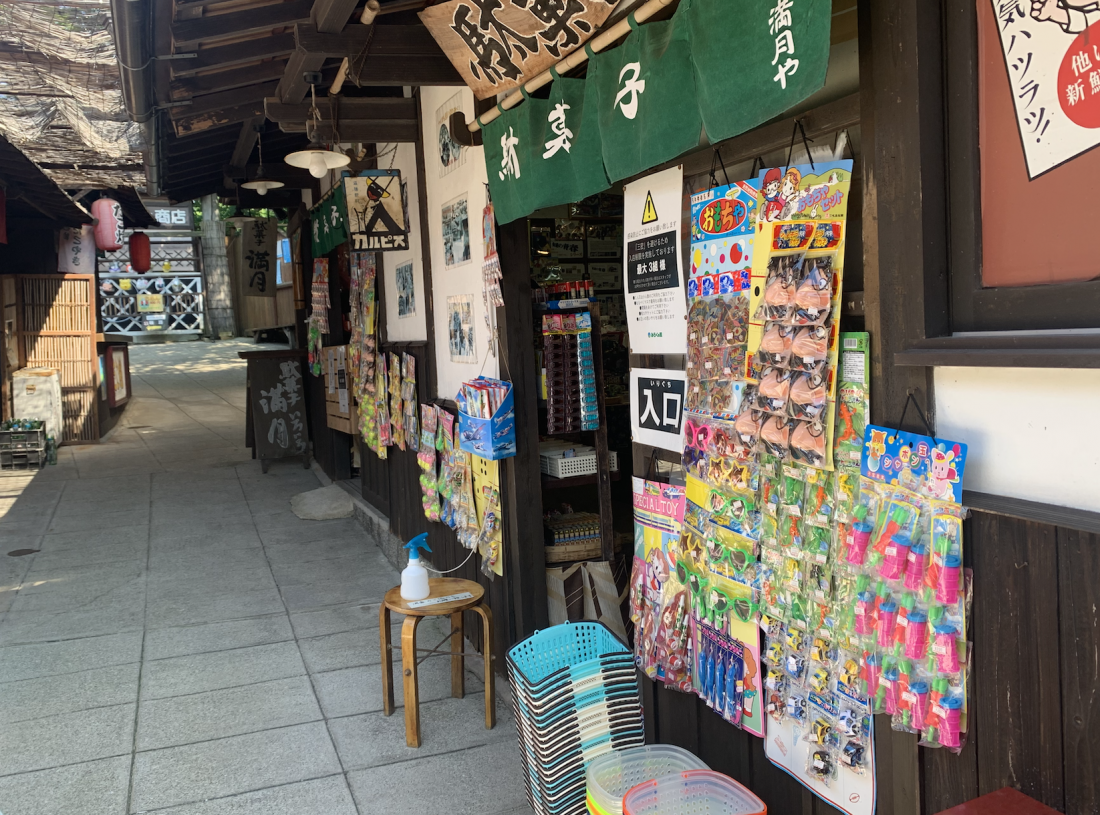 There was also my favorite: 電話博物館 (phone museum), where there were hundreds of different types of phones from different periods in time. There was even a small section where I could try calling using one of the older phone models. 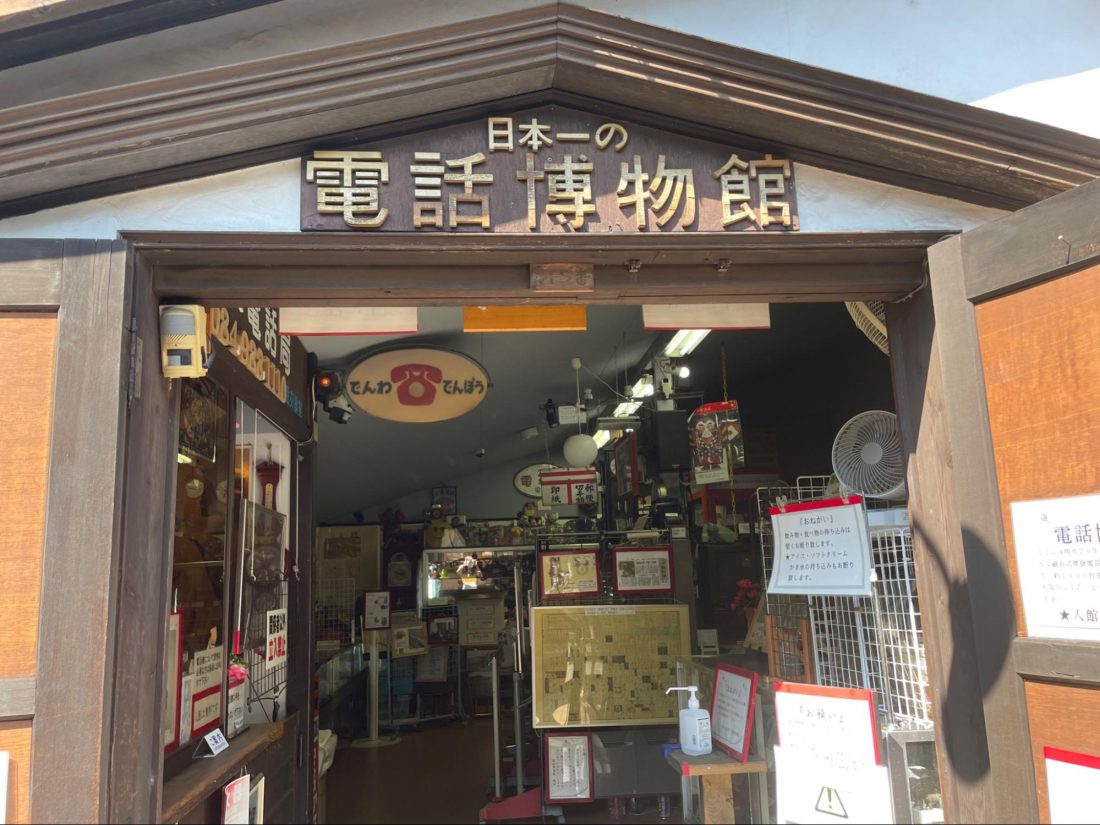 The final area was a “matsuri” (festival) area where there were classic games often played at a matsuri, such as スーパーボールすくい and 射的.

The たまご牧場ふれあい広場 is another small area of the park where they sell foods that use their みろくの里 eggs as they breed chickens on the farm. What was more interesting, however, was that I could actually visit the chickens in the chicken farm and feed them. It was … phenomenal. The hundreds of chickens and chicks were immediately all over me as soon as I stepped inside with food. I actually spent a good hour exploring the park (farm) too – it was pretty big, and there were many places to see. It was especially fun with the line of chickens following me around. 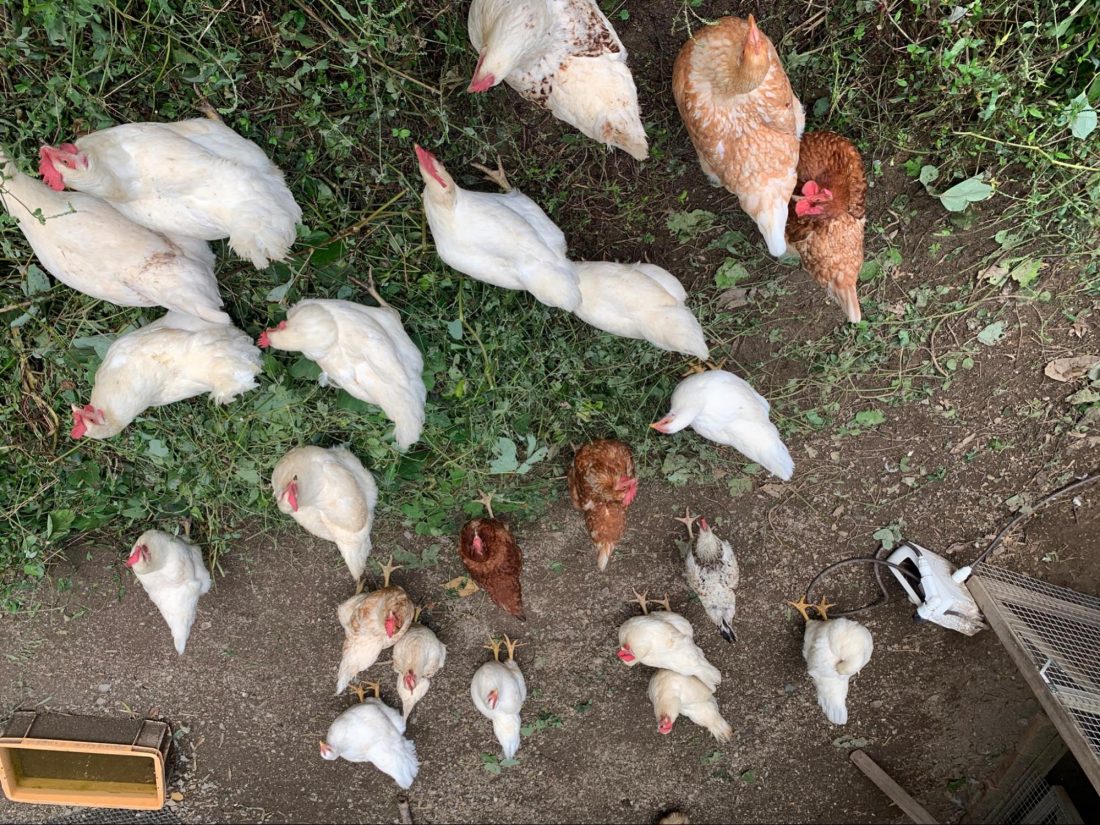 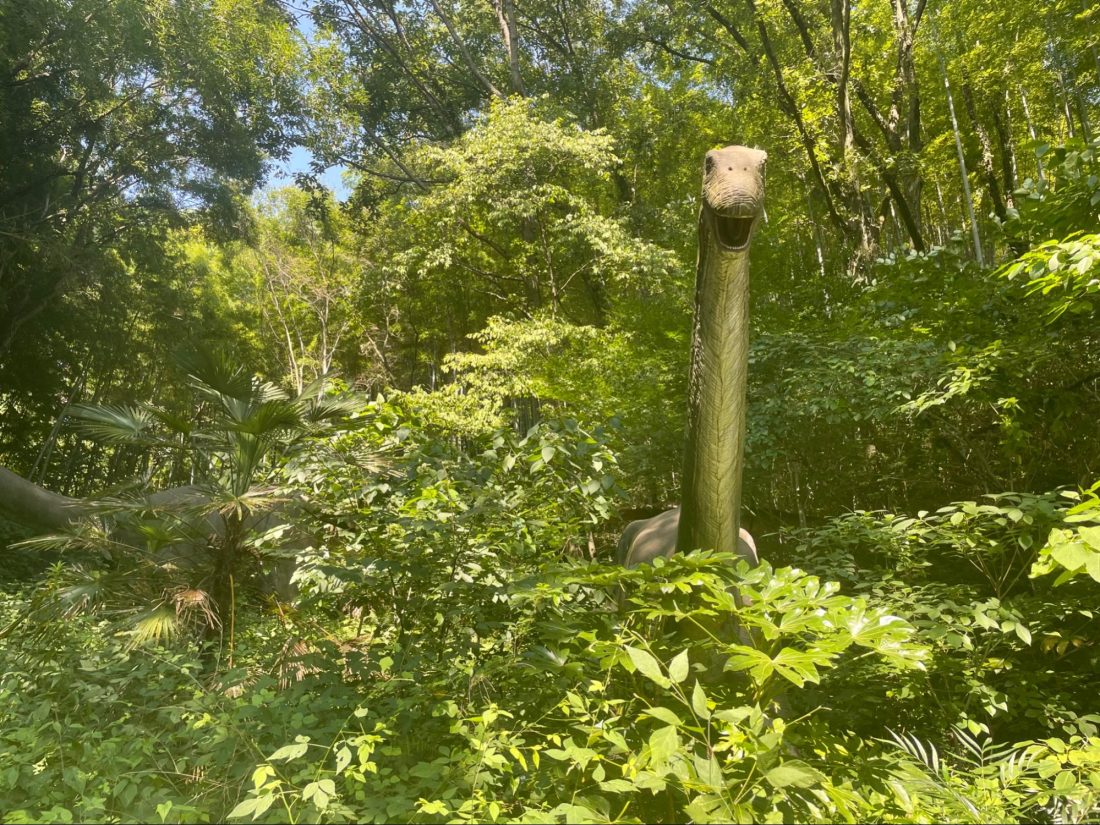 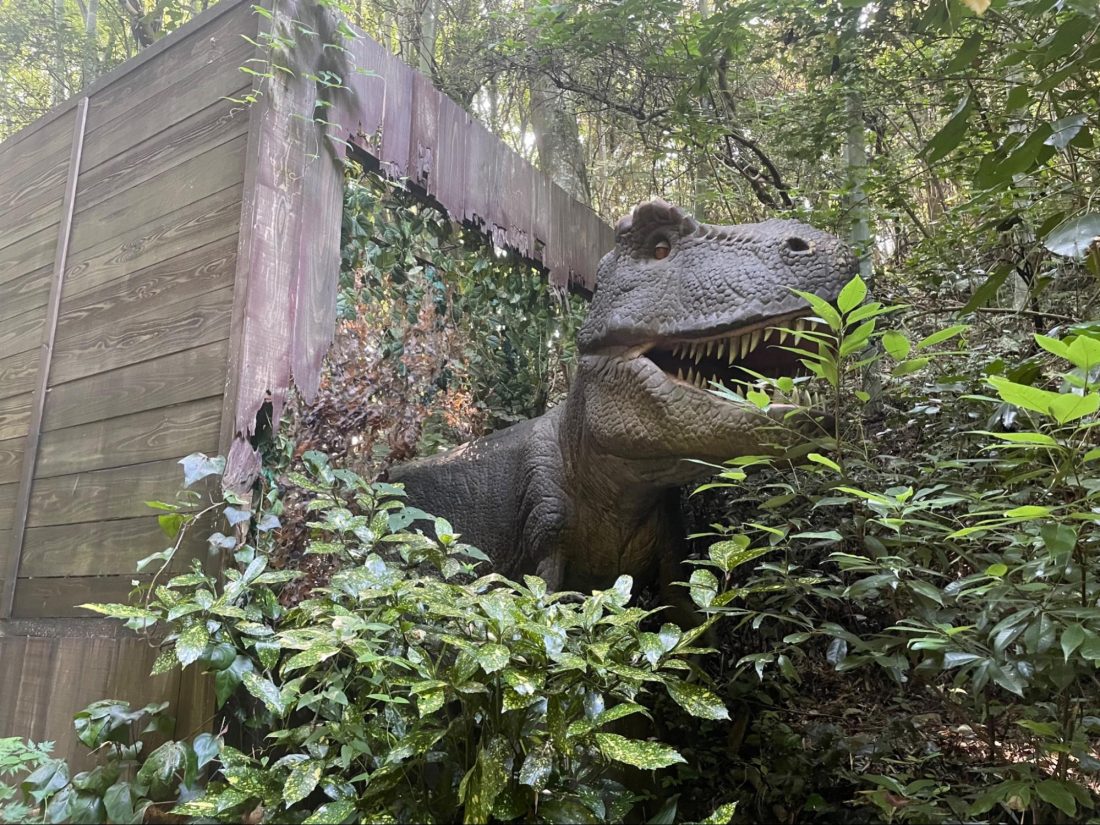 The park was extremely huge and there was so much to explore. I didn’t think  I would enjoy it as much as I did – pretty sure children would enjoy it 10/10.

There were several places to eat inside the theme park – genuinely all pretty conventional foods you see everywhere in Japan. Not the best gourmet food, but the cute sweets shop near the entrance had a delicious mango juice float. It tasted nothing like the actual fruit, but the drink really quenched my thirst on this really hot day. 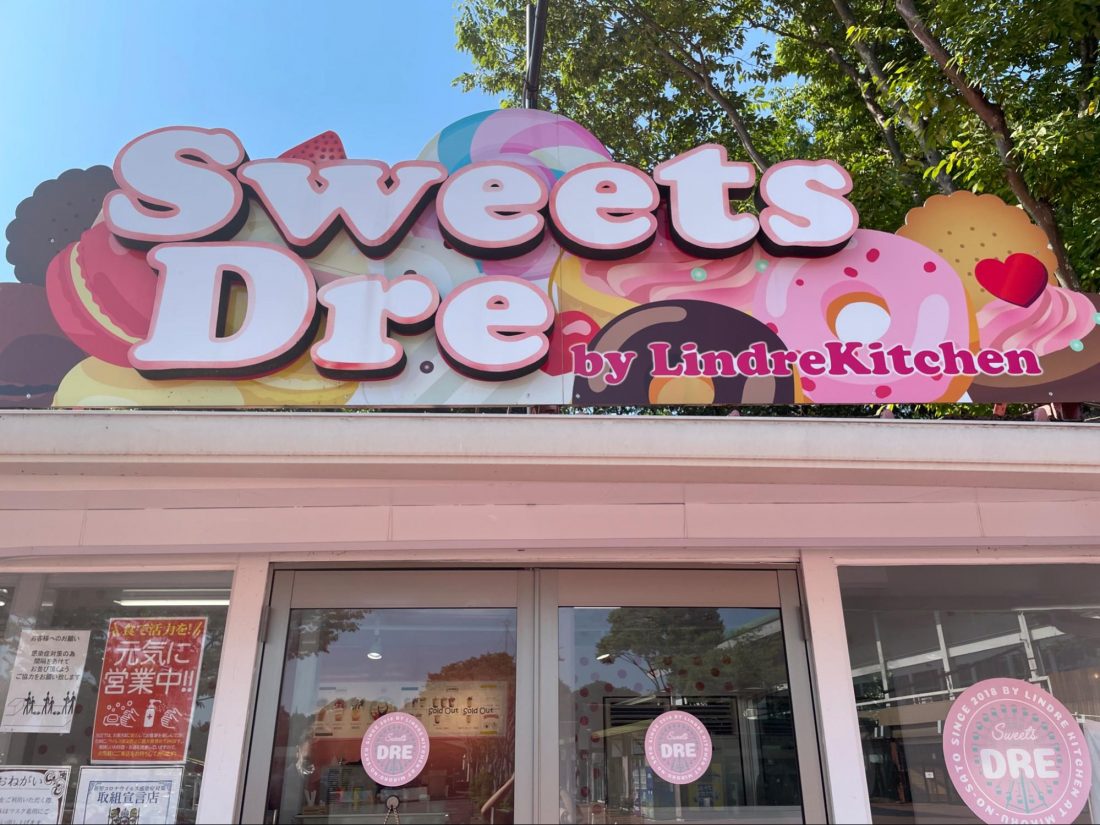 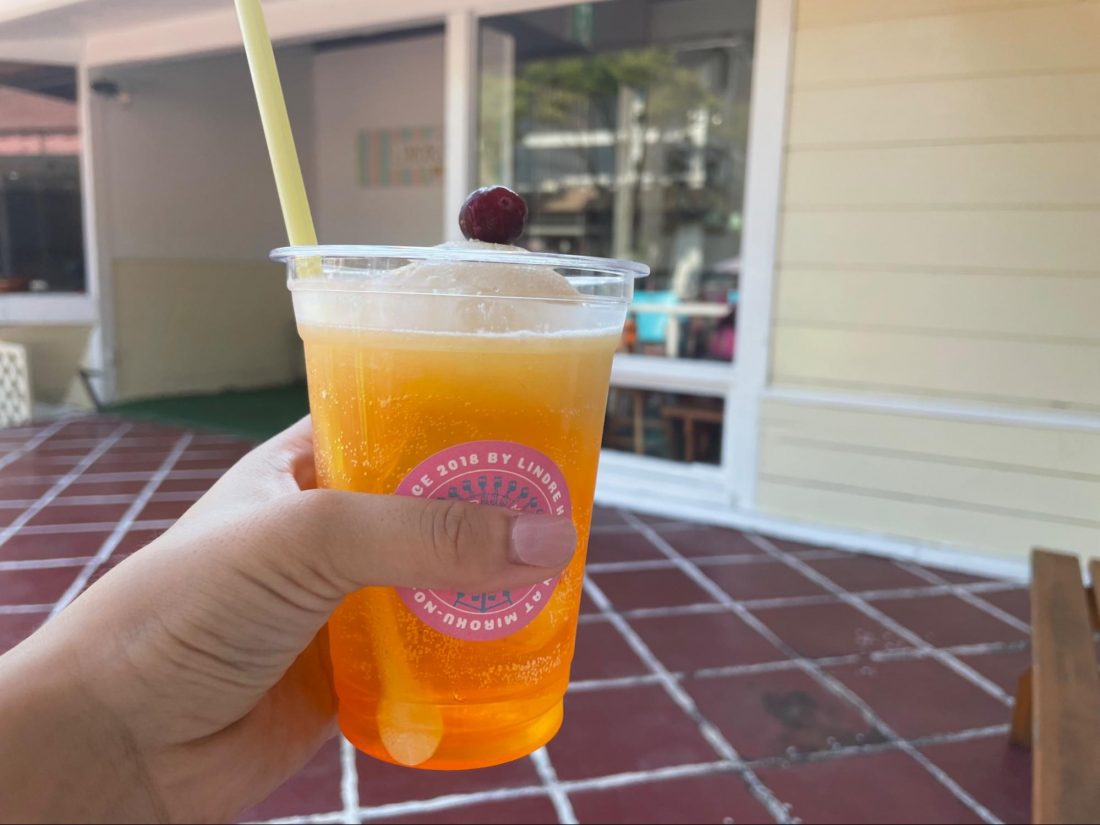 There was also a food court, curry kitchen area, as well as the food stalls inside いつか来た道 – so there was something for everyone. 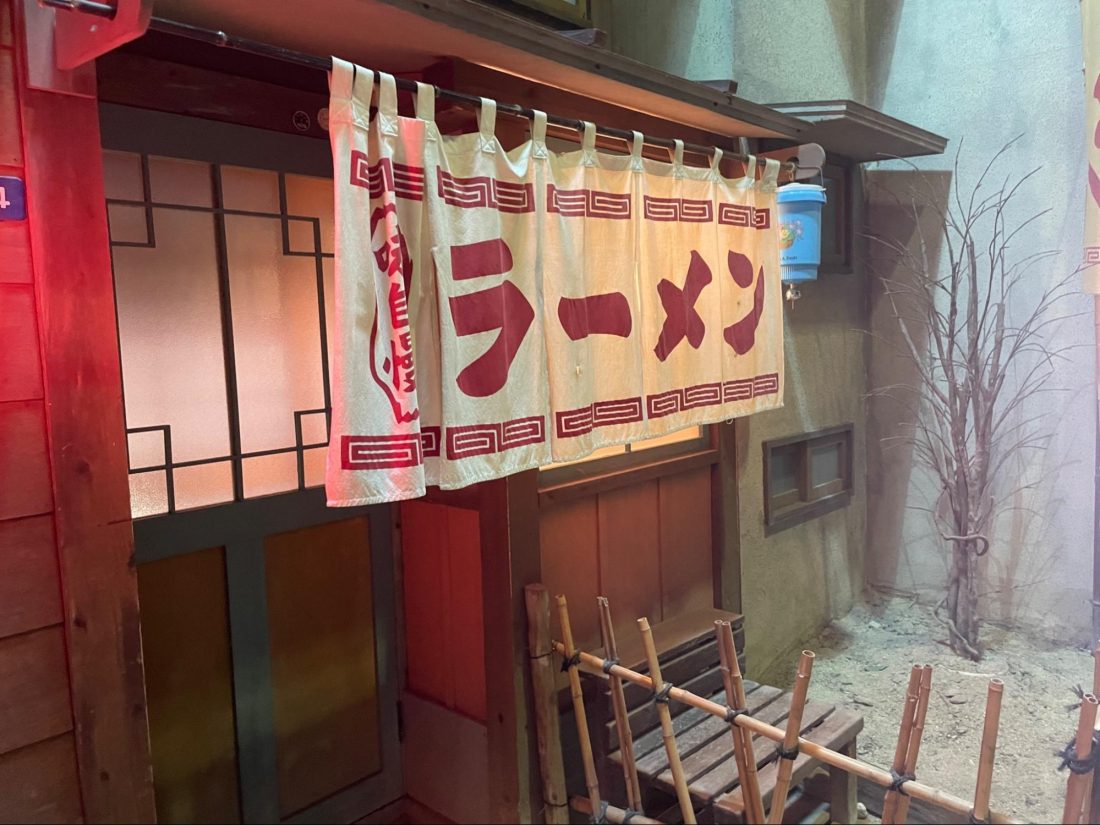 As I mentioned above, there are over 20 attractions inside the theme park, and I’ve only introduced just a small part of this place. If you have any children, it will definitely make for a great day out as a family!

The area is easily accessible by car but there is also a bus that takes you from Fukuyama Station to the theme park. There is also a direct bus from the Hiroshima Bus Centre to Miroku no Sato. All the information can be found here: https://www.mirokunosato.com/access

Fukuyama city is quite far from Hiroshima city but is very close to Onomichi – one of the must-go places of Hiroshima Prefecture. If you’re planning to stay for more than a night, there is also a hotel close by and right next to the sea called Tsuneishi Harbor Hotel. You can also reserve a convenient plan which gives you a ticket to the theme park as well.

Miroku no Sato (みろくの里) is also in the same area as Shinshoji （神勝寺）which is an incredible temple where you can experience many traditional things such as 茶道, 坐禅 and 写経. There’s even a restaurant, and an onsen area that you can enjoy. http://shinshoji.com/trial/