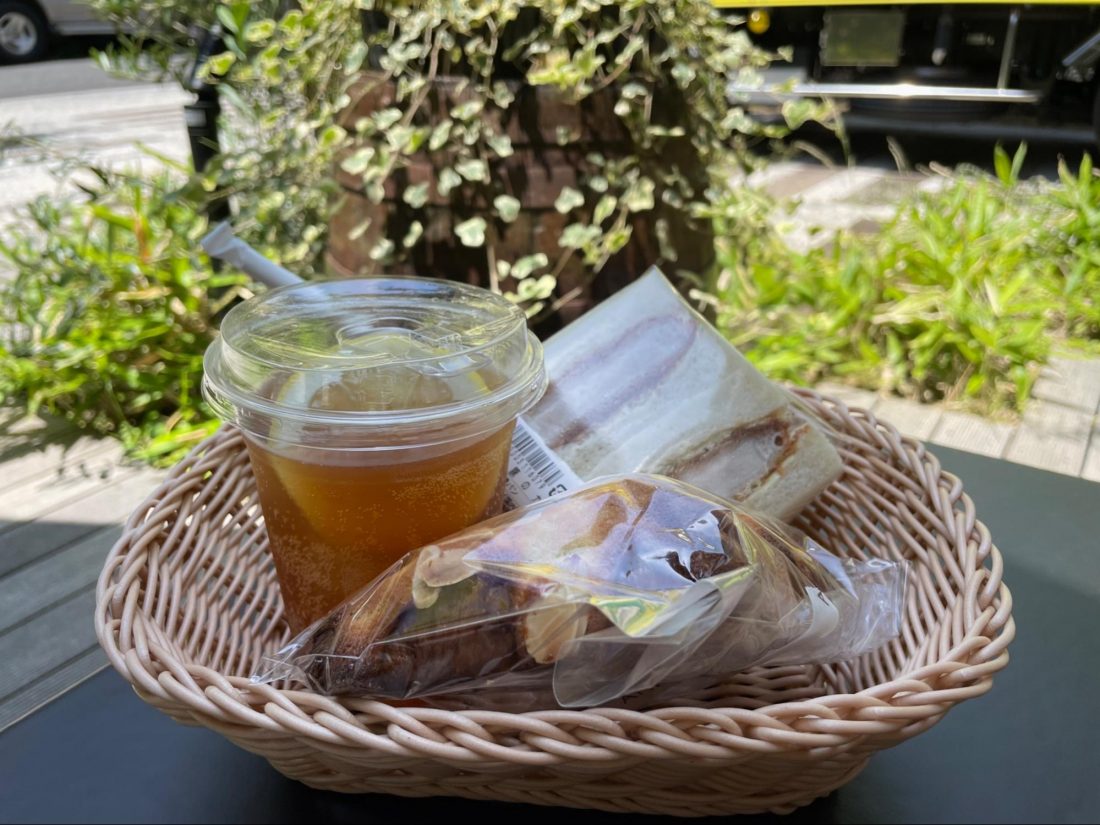 Have you ever been walking around the centre of Hiroshima city and suddenly come across an old, grand looking building that looks like this? 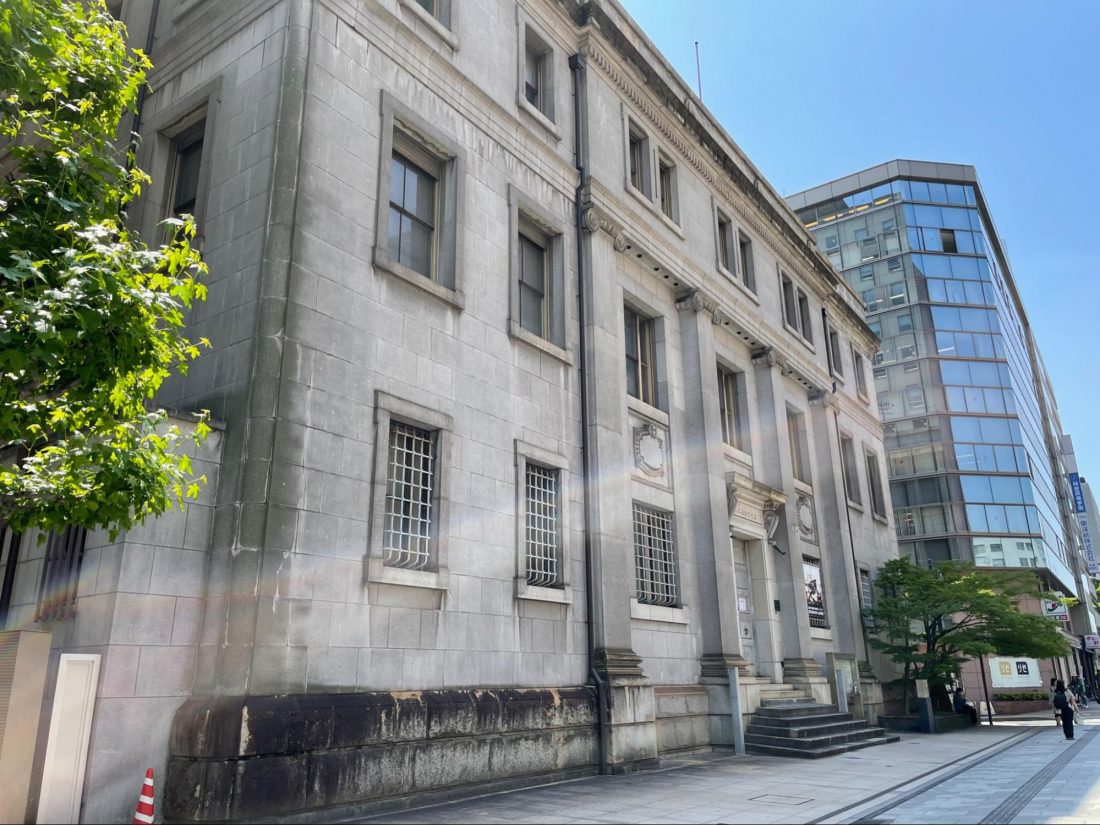 Before I ever visited here, I kept wondering what this mysterious building was, and only found out later that this was actually the Former Hiroshima Branch Building of Bank of Japan, one of the buildings that has been officially recognized as a building that survived the atomic bomb during the war (被爆建造物).

The bank was first opened in 1936, and was one of the first few buildings in Hiroshima that had a steel-framed, reinforced concrete construction. On August 6th, 1945, the atomic bomb exploded just 380m away, but unfortunately  while many of those inside were killed by the explosion, the exterior structure was spared from collapse because of its sturdy build. What’s extremely impressive is that the cafeteria was set up as an area to help those who were injured, but the other areas of the bank were up and running again on 8th because many of the other smaller banks had been completely destroyed. In fact, there is a similar story to do with the trams in Hiroshima city; the trams were up and running only three days after the atomic bomb was dropped as well!

The former Hiroshima branch building is preserved today to stand as a remembrance of the disasters of war, but it is also a beautiful reminiscence of Hiroshima from the past that serves to show people what the city was like before.

When I first visited, I was genuinely impressed by how big the bank was, inside and out. It was quite a grand building, and although it’s difficult to tell from the picture above, the building literally towered over me when I was taking photos. And then when I went inside, I was completely taken aback by how much the inside and the outside of the bank had been left untouched. From the moment I stepped foot, it felt like I was back in the 20th century. 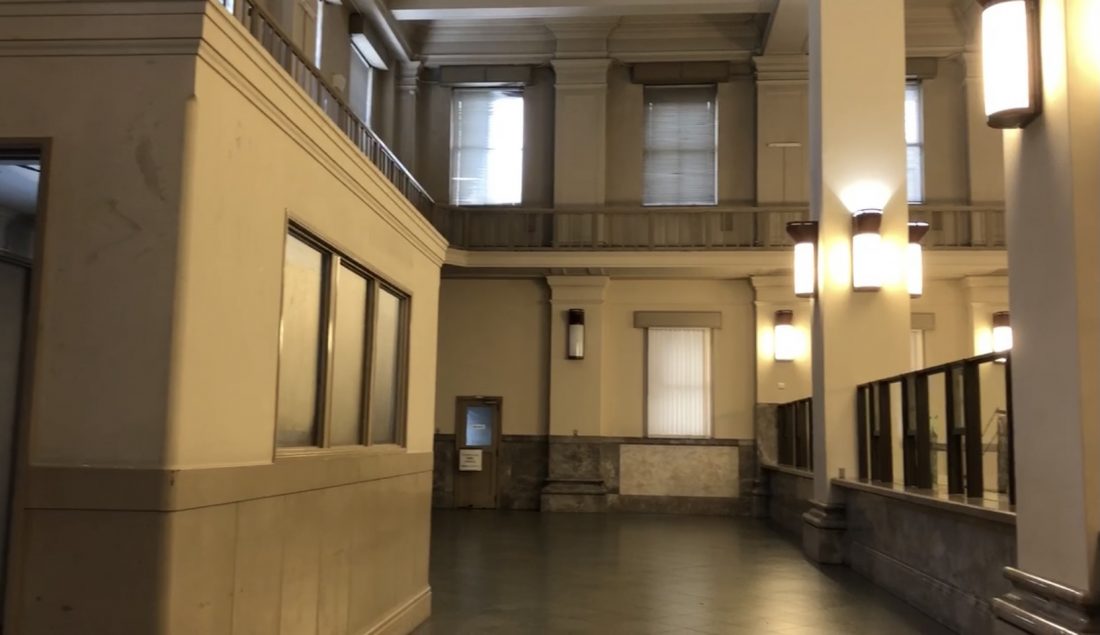 My favorite area had to be the main counters – the style of the writing, and the windows on the counters looked so different from the way they look today that I was completely mesmerized. But because it was such an enclosed space, and so isolated from the outside, it felt like I was lost in a different world and felt like people were just going to start coming into work. 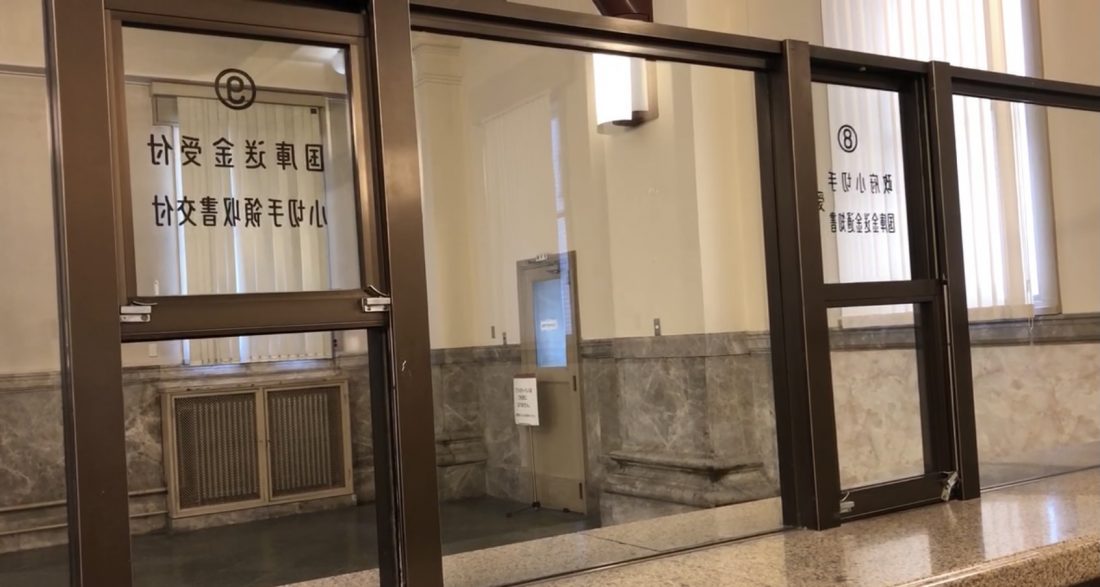 My next favorite area was the vaults on the ground floor. This was definitely a new experience, as I had obviously never seen the basement of any bank before and was surprised by even the basics: the weight of the vaults, the sturdiness off the metal doors, etc. I think I was most surprised by the usage of American vaults – Herring-Hall Marvin Safe Co. 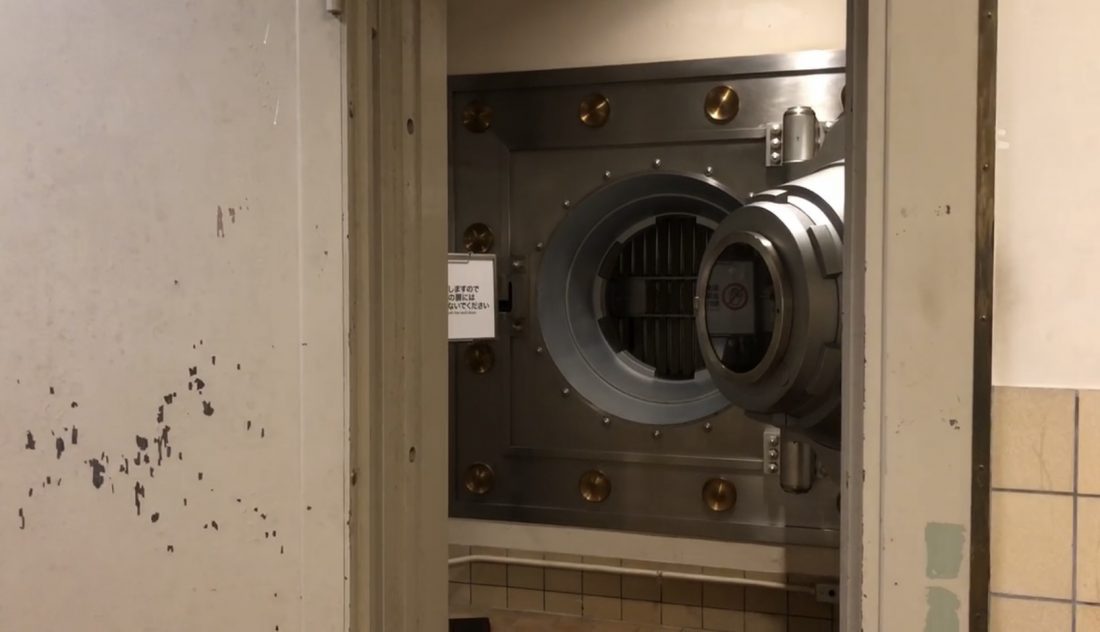 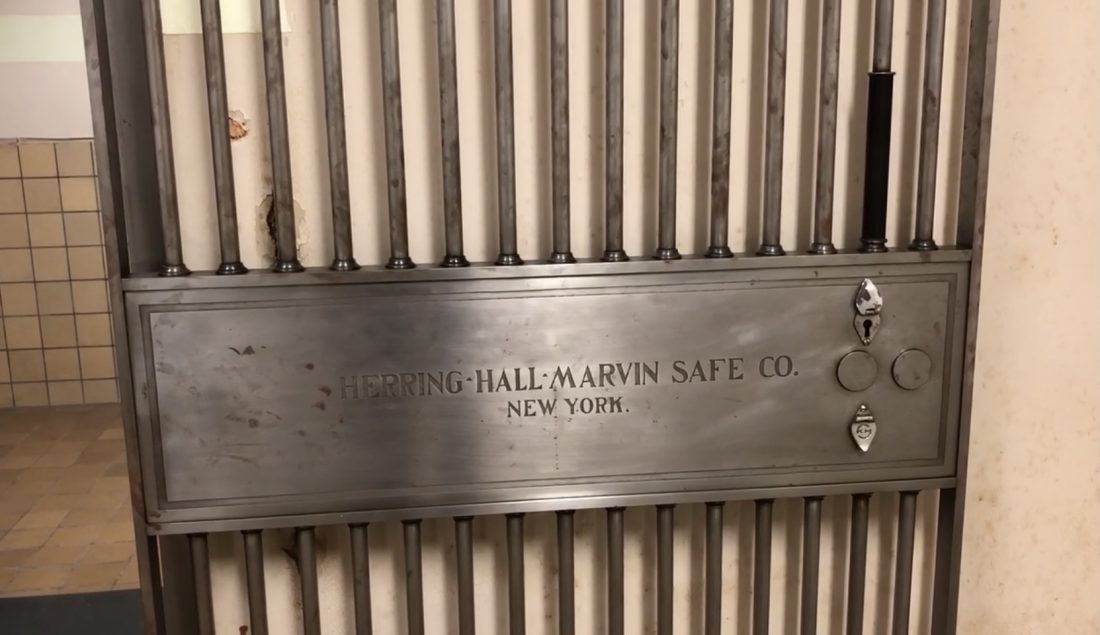 It was quite interesting because the exterior and the interior of the bank gave off a classy European vibe; for example, there was a courtyard in the middle of the bank (an open area in the middle, like the buildings in Europe), which is something that in general does not exist in Japan. So in addition to the usage of American vaults, it was kind of like looking into how Japan was trying to westernize in the 1930s.

There was also an exhibition that was happening on the same floor. This time, it was about the history of immigration in Hiroshima 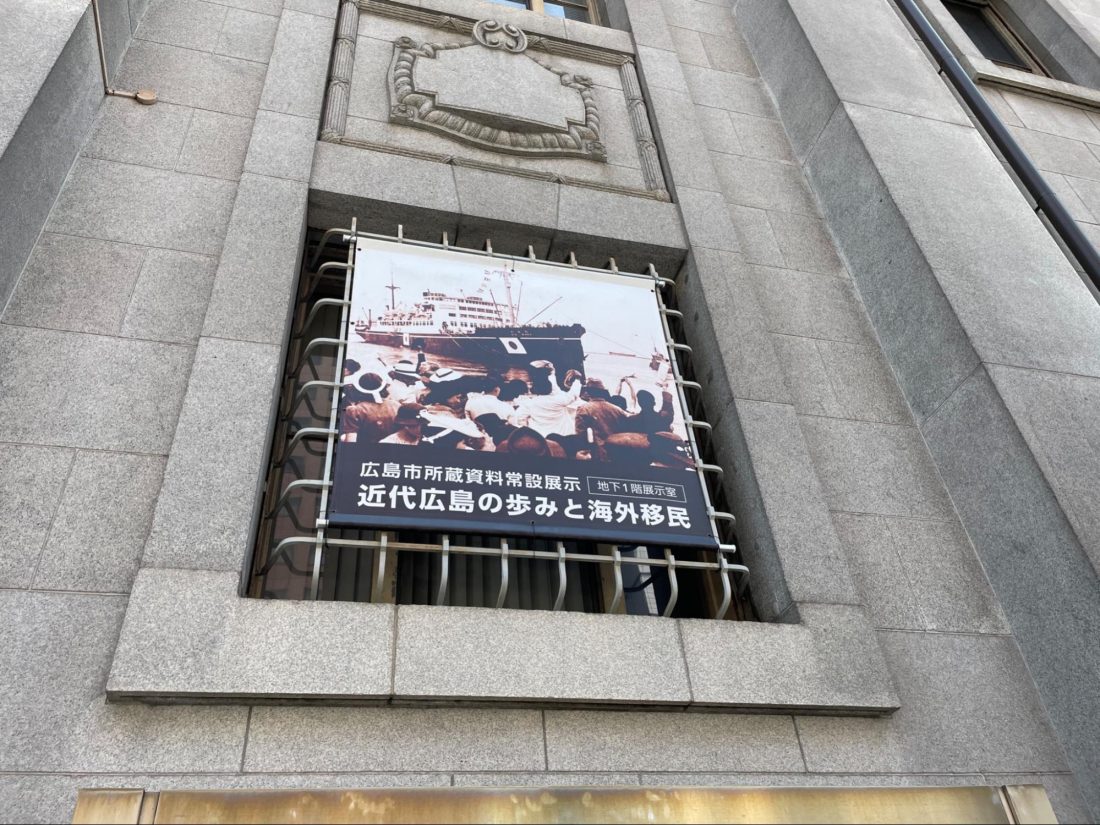 The other upper floors were also open, and I had a very enjoyable time exploring the area in and out.  I’m not a big gamer, but it was like discovering a new open world map on a new game, and the excitement was very real. There were also some notable areas where you could see the shards of glass that struck during the explosion of the bomb, and each section and room came with a detailed explanation.

There was a lot to see, and even though the exhibition area was limited, there was a lot of detailed explanations in each section. I recommend spending at least an hour and a half touring the area, if not more! 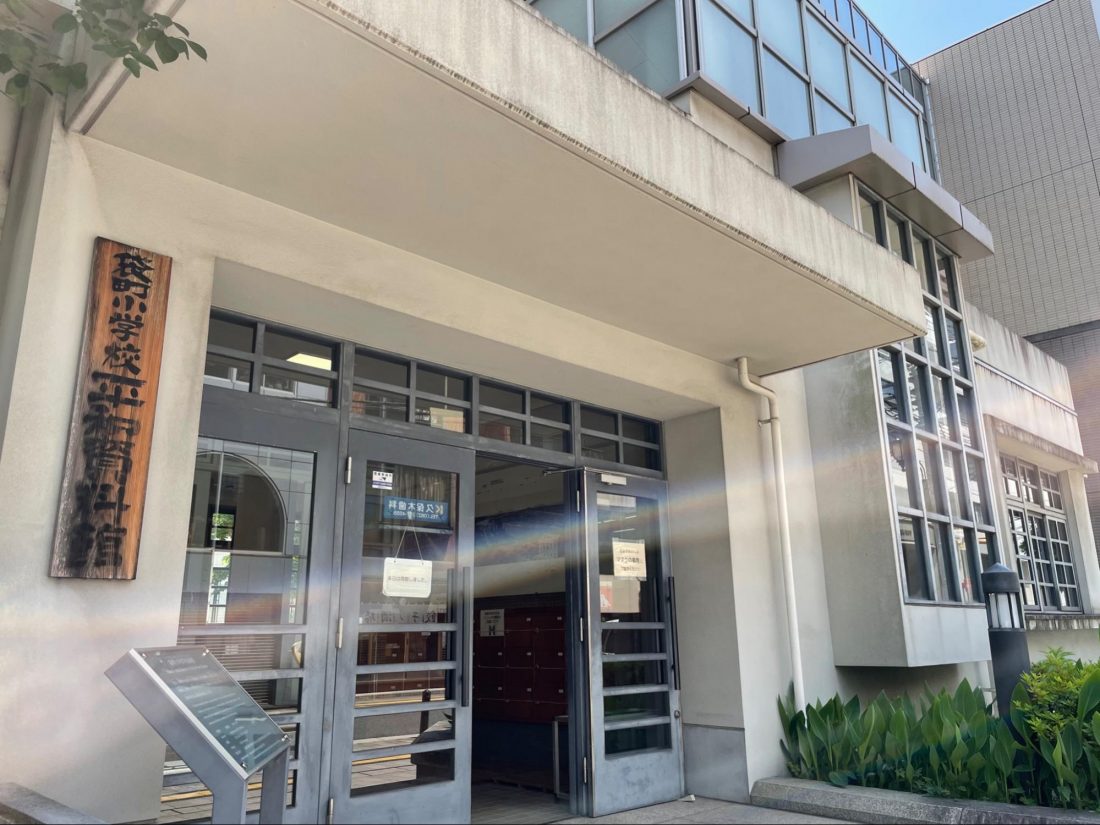 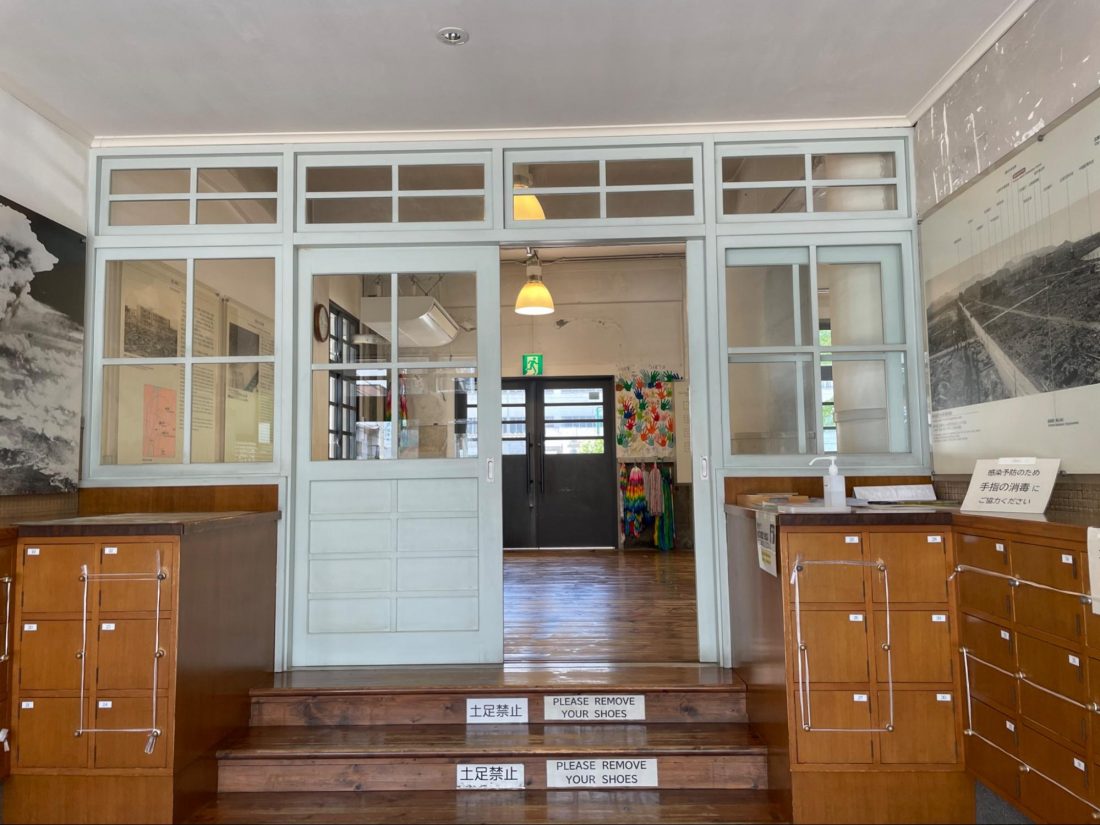 About a two minute walk away from the bank is the Fukuromachi Primary School Peach Museum, a museum situated at a former Primary School. This has also been preserved and opened to the public as a museum on the atomic bomb explosion. In comparison to the museum at the bank, this is heavily centered around the atomic bomb and is a must go location for everyone who is interested in knowing about the history. Many people are aware of the Atomic Bomb Dome, but rarely visit these smaller locations that are situated frequently around Hiroshima, and I truly recommend you take the time to visit here as well.

Once I spent the morning at the bank museum, I was now ready for lunch. I chose the  Andersen Bakery in Hondori for two reasons: I wanted to keep with the theme of visiting old buildings that had a classy European vibe to it, and I was eager to see the newly renovated bakery. 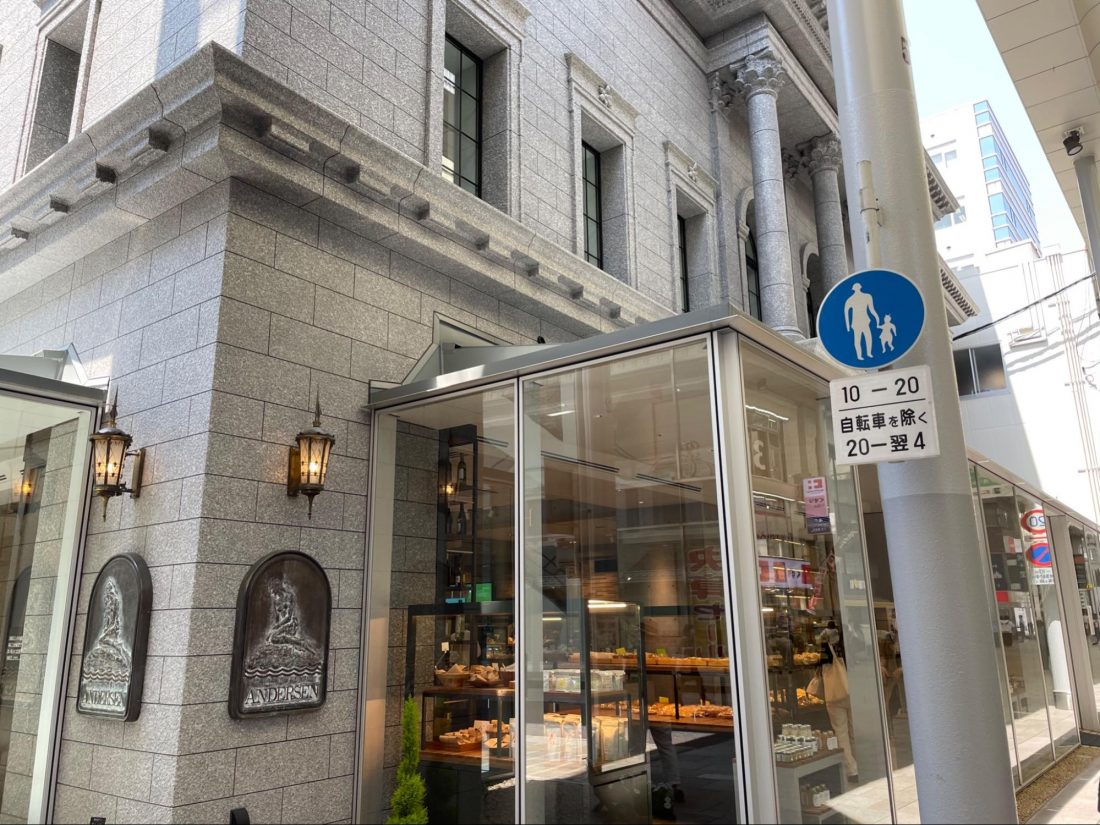 The building that is now Andersen Bakery in Hondori, was first built in 1925 as the Hiroshima Branch Building for the Mitsuisumitomo Bank (lots of banks). It also withstood collapse during the atomic bomb explosion, and was preserved until it was bought off to be used as a bakery in 1967. It has now been renovated several times, but keeps many parts of its former building.

I hope the picture shows how the Andersen building has a renaissance touch to it, and how it kept to my theme of “Classical Western Style Buildings”.

The Andersen bakery actually has quite a long history, and was opened by a small family in 1948. They grew their business, and was one of the first few bakeries to introduce Danish pastries. By 1984, their bread was recognized so much that they even received “The order of the Dannebrog” from Denmark! It is now one of the most well known bakeries in Japan!

I believe this already proves the quality of their bread, but at Andersen Hondori, they also sell a wide variety of delicatessen! My current favorites are  salmon tartar and the beef cutlet, and I usually buy them for dinner at home. It’s perfect for when you want to eat something a little extravagant but don’t want to go out. 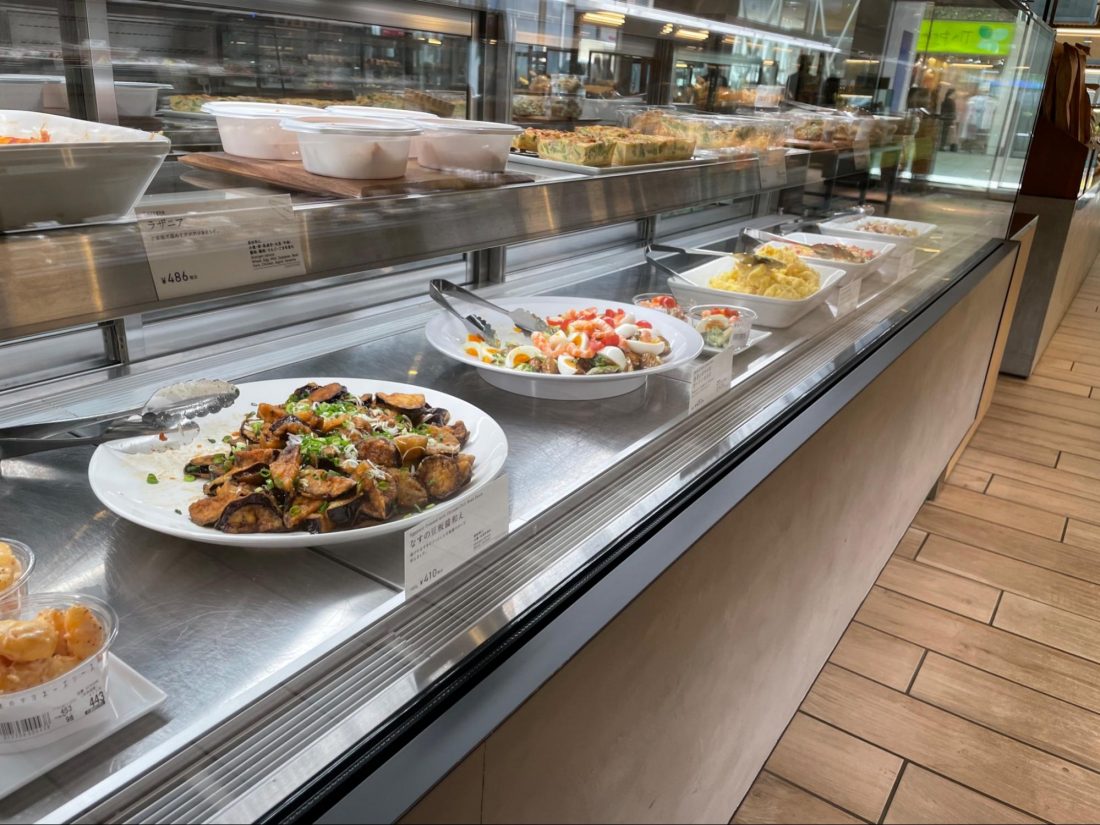 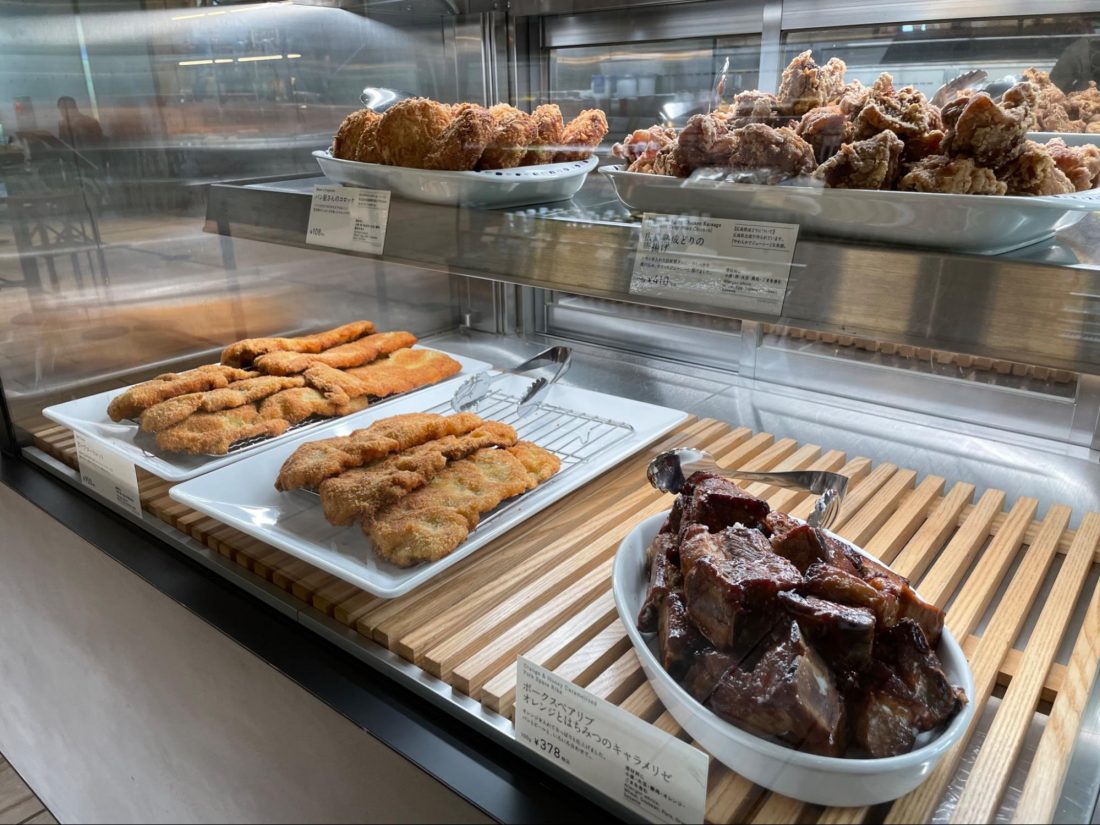 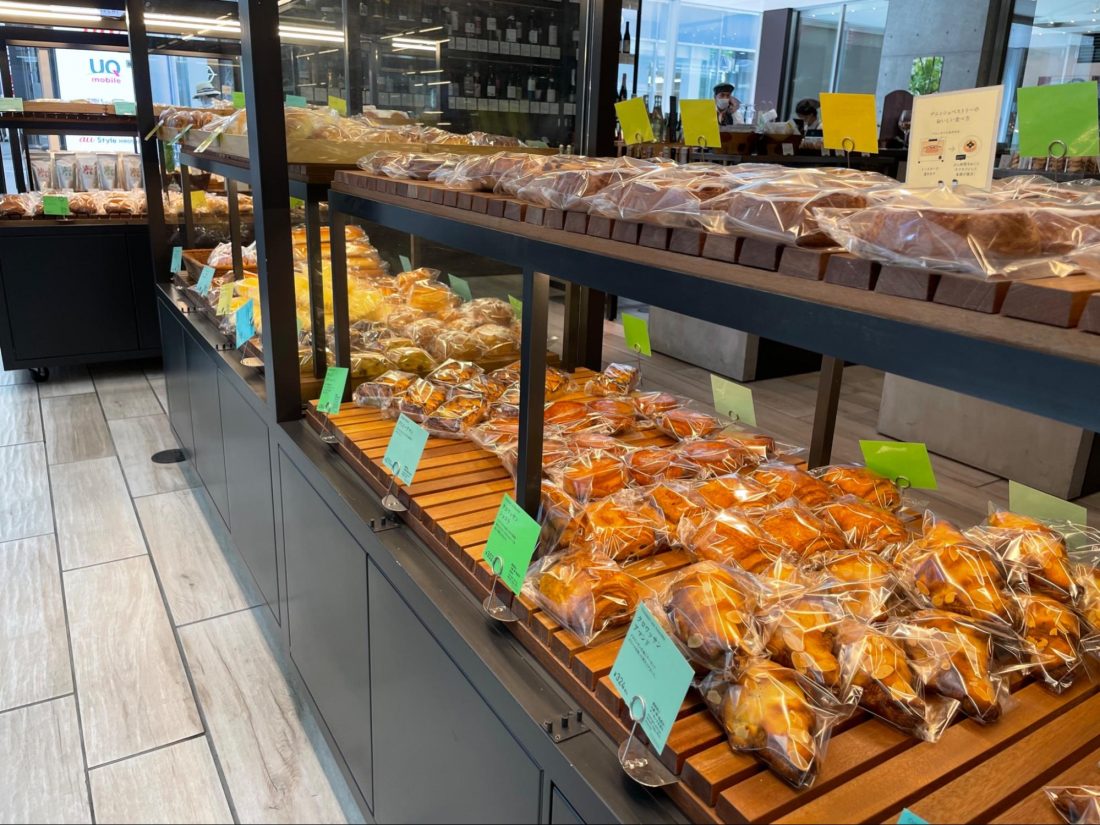 This day for lunch, I chose to buy food at the bakery and a drink from the cafe, and each outside on their terrace. 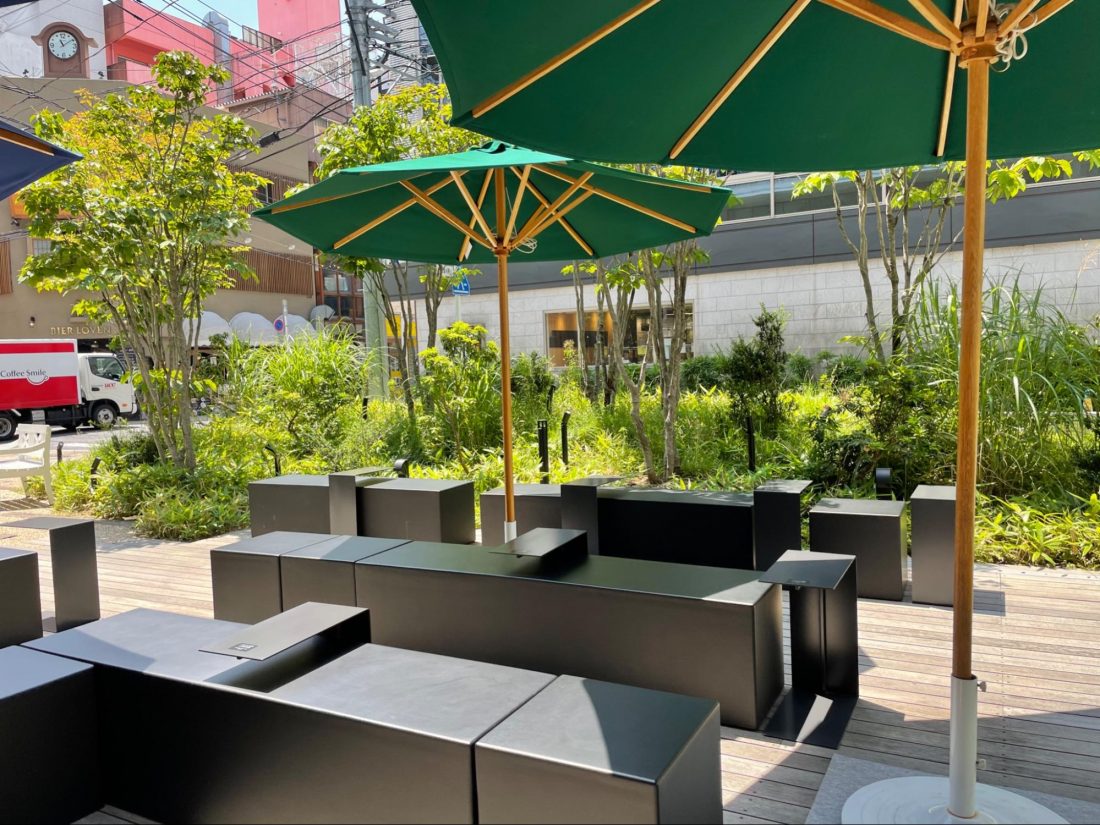 The terrace was absolutely beautiful this day because of the lovely weather, and because there weren’t so many people that day, it really felt like it was a little escape from the bustling city of Hiroshima. My moment of joy was when I sat down to enjoy my lunch under one of the parasols and felt the early summer breeze hitting my face. It made me feel like I’d had such a productive day.

I also got a drink at the cafe. The special changes every now and then, but today it was Sweet Spice Soda ” a mixture of espresso,  cardamom, cloves, cinnamon, lemon with soda. I was unfortunately not a big fan as I’m the type of person who prefers their coffee black, but there were some people saying they liked the taste.

There is also the option of buying food at the food truck, or the cafe, so make sure to take a good look at each menu before making your choice!

There is also a restaurant on the second floor called “Andersen Kitchen”. I have never been before but have visited other Andersen restaurants and can confidently say that it will be very good! They also have Weekend Morning Breakfasts, so that might be worth checking out as well!

The closest bus station to the former Hiroshima branch building is Hondori, and the nearest tram station is Fukuromachi. The Fukuromachi primary school is also just a two minute walk from here.

The closest bus station and tram station to Andersen Bakery is Hondori as well.

Both are very big landmarks and will be impossible to miss! 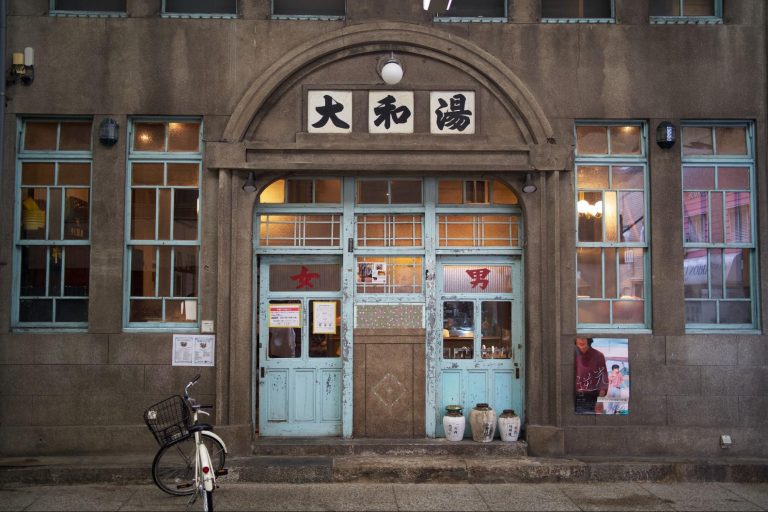 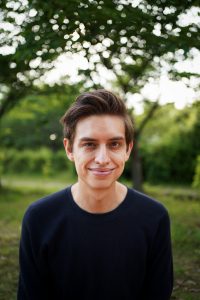 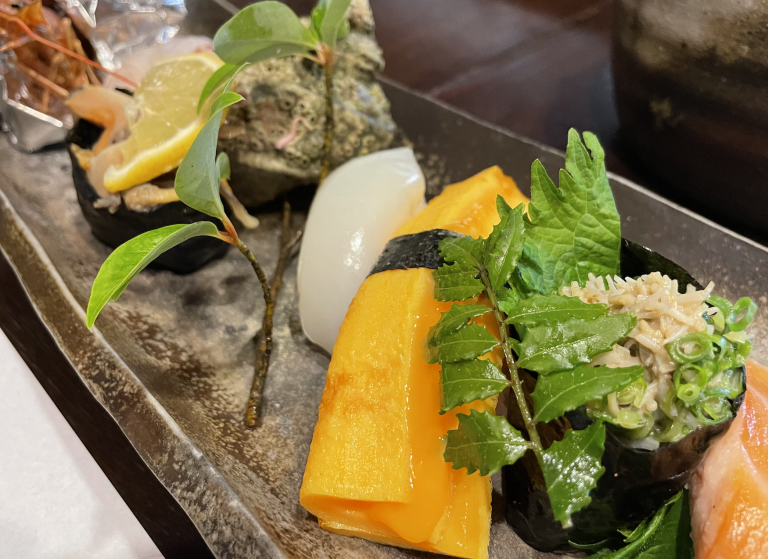